SEOUL, June 21 (Yonhap) -- South Korea's food safety watchdog said Wednesday it has busted seven people suspected of illegally importing edible pigments sold at a French store, in a case that also involved 16 other people who allegedly made and distributed macarons containing the pigments.

The Food and Drug Safety Ministry booked them on charges of violating a law on import food safety and a law on food hygiene, and referred the case to the prosecution with the recommendation of an indictment without physical detention. 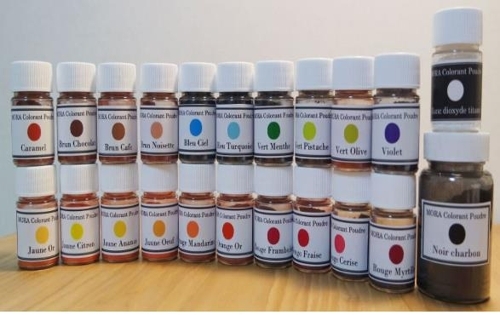 One of the seven people, identified only by his name Kang, illegally imported 25 million won (US$21,847) worth of Mora Pigments from France in the period of March 2015-April this year and sold them to manufacturers of the sweet meringue-based confection for 60 million won, the watchdog said.

Mora Pigments refer to pigments sold by the Paris-based culinary supply store Mora. But South Korea has banned imports of Mora Pigments that contain some tar pigments not allowed to be used for food coloring in the country.

The French-originated pigments smuggled by the seven and worth 100 million won have been distributed in the country.

The food watchdog has launched an investigation into the case following a tip-off that illegally imported Mora Pigments are used in some cakes and macarons sold on the Internet.