SEOUL, June 21 (Yonhap) -- Chon Byung-hyun's work might remind one of the phrase "destruction is the mother of creativity." The association can only be understood when one gets to see his artwork in which repeated destructive actions are essential to produce an outcome.

In his upcoming solo exhibition "Appearing Series," the first in seven years at Gana Art Center in Seoul, Chon displays a total of 40 pieces produced through this creative destruction process unseen in the Korean art scene. 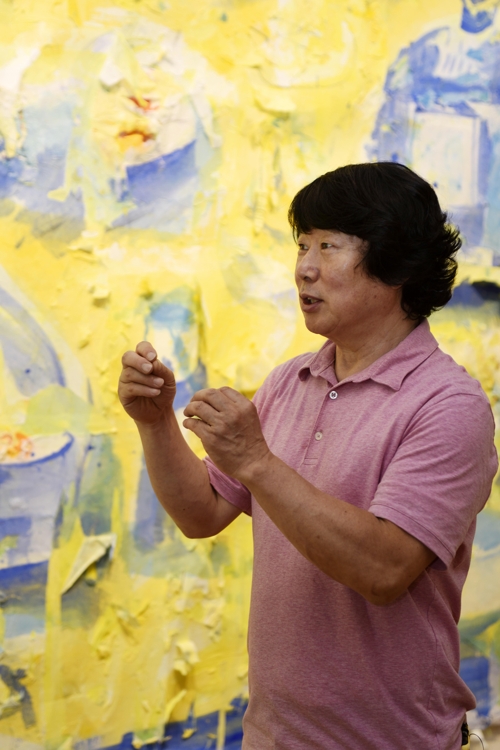 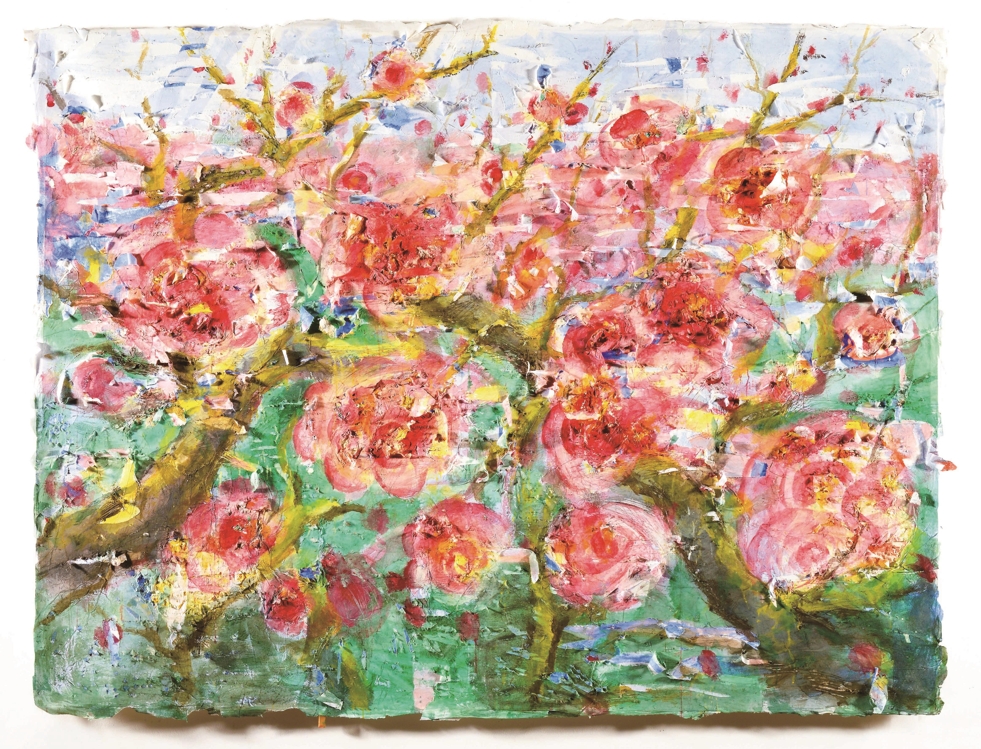 His paintings on traditional Korean "hanji" paper are displayed in the two-story exhibition hall in total shreds. Strips of ripped paper are hanging loose, so much so that one might suspect the artist's dog completely failed her master by savaging the work and leaving it in tatters.

Interestingly enough, the artist said a similar incident a few years back, which involved his dog, led him to ultimately discover the beauty of destruction.

"One day, my dog ripped up my couch that I really liked. I was totally devastated at first. But later I thought it must have relieved her of so much stress," the artist told reporters during a press briefing at the gallery on Wednesday. "I suddenly felt like letting it go and becoming detached from the things I had cherished. I felt a sense of liberation and stress relief when I started doing it." 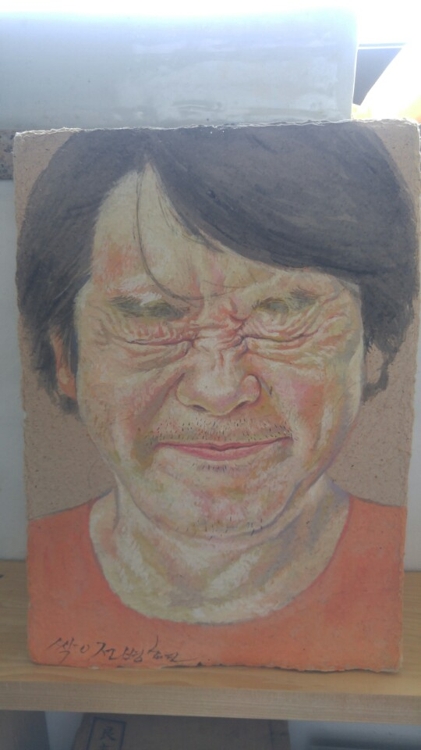 So, for the last five years the artist has been repeating, as many as 10 times, his creation process -- painting on hanji, sticking another layer of hanji on top of it and painting on it again. Then comes the destruction phase. He carefully tears off layers of paper so as to let the hidden colors inside come out in what he said is a thoroughly premeditated, artistic maneuver. The thick layers that come out in tatters add depth and shade to the painting.

"Only when you rip it off can you get to the initial, core color. This process gets you to realize how perfectly permeated the colors are onto the hanji," the 59-year-old artist said, adding that it is the art of liberation and of change.

Having studied at the Ecole Nationale Superieure des Beaux-Arts in Paris and lived there for about 10 years, the painter has never ceased to reinvent himself. That his previous painting series of people with their eyes closed shut is completely different from the current one speaks for itself.

"I change my painting style and subject every 5-6 years. However popular my previous series was, I pursue a new creative project. What good does it do if I keep doing the old one over and over again?"

The exhibition opens on Friday and runs through July 16. 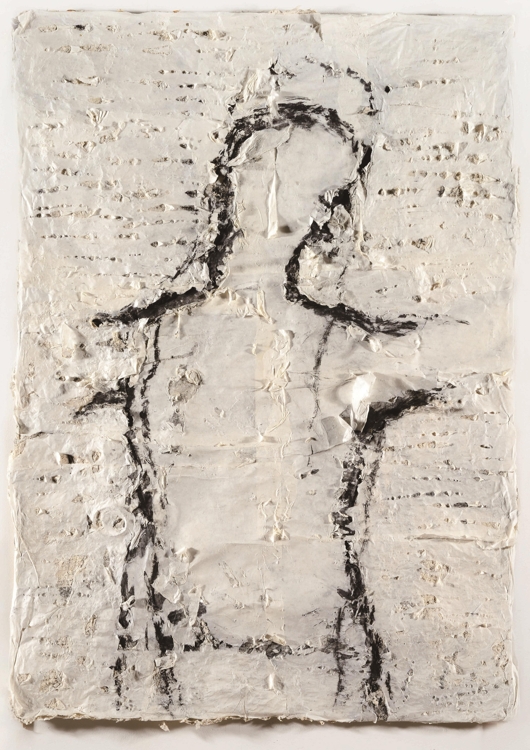