"While stressing a need to further enhance the countries' close communication and cooperation, the president expressed hope the upcoming Korea-U.S. summit will produce a positive message signaling further development of the Korea-U.S. alliance," he added.

The new South Korean president is scheduled to visit Washington next week for summit talks with his U.S. counterpart Donald Trump on Thursday and Friday.

Haass expressed hope the two heads of state will create a momentum for complete dismantlement of North Korea's nuclear program based on their friendship and trust, according to the Cheong Wa Dae spokesman. 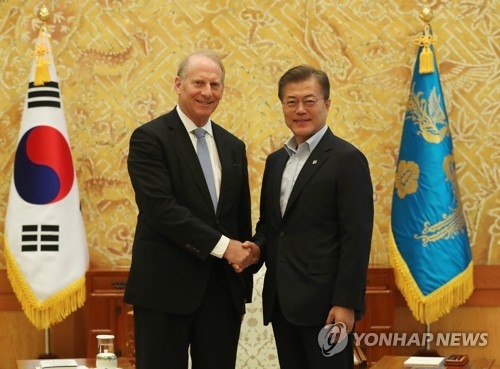