Rep. Kim Hyun-mee of the ruling Democratic Party was appointed the new minister of land, infrastructure and transport in a ceremony held at the presidential office Cheong Wa Dae.

Kim's appointment came over three weeks after she was nominated on May 30. It came only hours after the opposition-led party issued a report on the outcome of her confirmation hearing held last Thursday.

Since his inauguration on May 10, the new president has appointed five other new ministers.

There are currently 18 government ministries, meaning the new president still has 12 more Cabinet seats to fill.

President Moon has already tapped nine other nominees for ministers who are now waiting to go through parliamentary confirmation hearings. 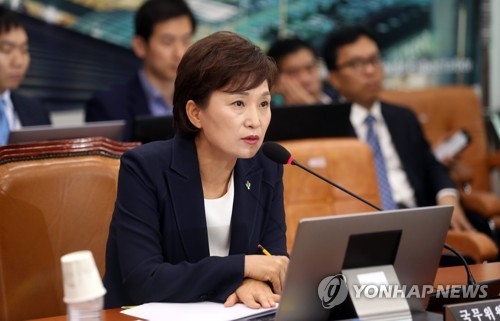