SEOUL, June 22 (Yonhap) -- A South Korean vaccine expert working for the World Health Organization (WHO) has said Seoul's vaccine safety management system is highly advanced, encouraging local doctors and policymakers to share their knowledge to extend benefits of immunization around the world.

"In terms of vaccine safety, South Korea is already at the level of other developed countries as the safety network has been firmly organized," Shin Jin-ho said in an interview with Yonhap News Agency on the sidelines of an international forum held in Seoul on Wednesday.

The forum, the first of its kind, is co-hosted by WHO and the Korea Centers for Disease Control and Prevention (KCDC), and brings together 120 leading vaccine experts from academia and private sector institutions, as well as officials from public health and civic organizations.

Shin, the 53-year-old medical officer from WHO's western Pacific regional office, expressed hope that the symposium would serve as an opportunity to forge a network so that vaccine experts here can share their data and expertise with those from developing countries.

The graduate of Seoul National University has been working with WHO since 2003. In 2014, he was relocated to the regional office in Manila to take responsibility for strengthening the regulatory system of vaccines in 27 member states of the region.

"WHO invests in strengthening the safety and regulatory system in developing countries with very poor infrastructure," Shin said.

The official, however, said there are some challenges faced not only by South Korea but other countries, such as correcting misinformation about vaccines and reminding the general populous of the importance of vaccinations in maintaining public health.

There have recently been anti-vaccine movements across the world, including in South Korea. Here the "raising children without medicine" movement has taken root, in which some parents increasingly refuse to vaccinate their kids.

"It is really worrisome that some 'naturalists,' including some doctors, say that vaccines are not necessary," said Shin, noting the need to provide correct information to support decision-making about vaccine use.

Citing the case of Andrew Jeremy Wakefield -- a British former medical researcher now-discredited claim that there was a link between vaccines and autism -- the WHO expert emphasized that not going through with vaccinations actually endangers the safety of children.

Annually, an estimated 2 to 3 million deaths are prevented by shots and liquid drops -- a figure that could rise by 1.5 million if more children and adults were treated, according to a WHO report.

Shin, who previously worked as a medical scientist for South Korea's Ministry of Food and Drug Safety, said he is "honored" to work for WHO as the organization handles and analyzes abundant data on the international level.

"I have access to such a large amount of data and information and feel really fortunate to be working with so many government organizations," he said.

He further encouraged more young doctors to go abroad by joining international organizations despite such a small number of openings as the experience can eventually lead to having broader network creation.

"I have 10 more years before my retirement," he said. "I hope to continuously contribute to working on the safety management of vaccines if the opportunity is given to me." 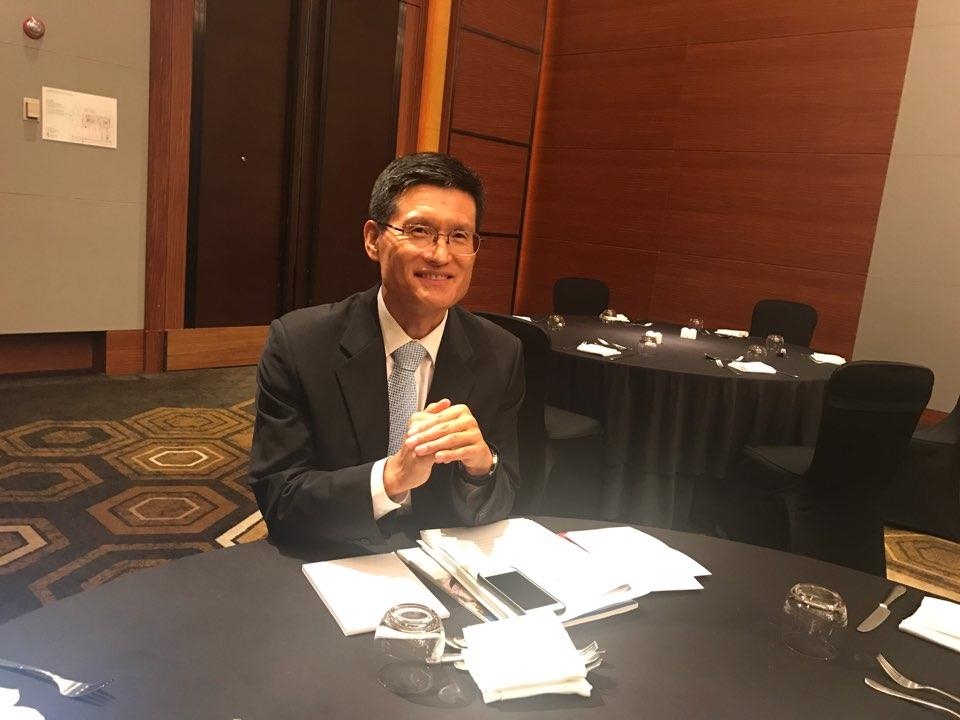