The report based on a survey on 438 colorectal cancer patients by professor Kim Yeol-hong of Korea University Medical Center in Seoul revealed the group of 219 patients who took 1 gram of red ginseng every day for 16 weeks registered 81.07 on the overall Brief Fatigue Inventory (BFI) index.

The comparable figure for another group of 219 patients who took a placebo every day for 16 weeks was 78.1 in the BFI index used to assess the severity of fatigue felt by patients, the findings showed.

The higher the BFI index, the lower the severity of fatigue experienced by patients.

The researcher team also studied the effects of different factors on the patients. The BFI index for fatigue caused by personal relations was 86.43 for the first group and 81.31 for the second group.

"We've proved red ginseng can lower to a certain extent the fatigue felt by cancer patients," the research team said, expressing hope that red ginseng could be used in conjunction with cancer chemotherapy. 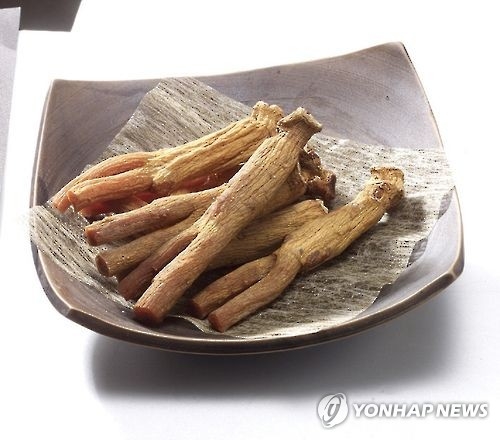