SEOUL, June 22 (Yonhap) -- A venue for an upcoming performance in South Korea by a North Korean taekwondo demonstration team was rearranged Thursday.

The WTF first arranged the ITF team to have another performance at Kukkiwon, also known as the world taekwondo headquarters, in Seoul next Wednesday, but later changed the venue to Kyung Hee University's Global Campus in Yongin, some 50 kilometers south of Seoul without giving reasons.

The WTF, however, announced Thursday that the venue for the ITF performance has been rearranged, and it will take place at Kukkiwon as originally planned.

After the performance, the ITF team will attend a luncheon hosted by the South Korea's sports ministry.

The ITF's performers, who will land in Seoul on Friday, will also have a show in Jeonju, a neighboring city of Muju in North Jeolla Province, next Monday.

The WTF, headquartered in Seoul with South Korean Choue Chung-won at the helm, is the official world governing body of taekwondo, as sanctioned by the International Olympic Committee (IOC). The ITF, based in Vienna, is recognized by the North Korean government and is headed by North Korean Ri Yong-son.

This will be the ITF's first visit to South Korea since April 2007. An ITF demonstration team has never before performed at a WTF event taking place in South Korea.

The ITF's delegation of 36 will include Ri and Chang Ung, former ITF chief and the North's only IOC member. Chang will meet various South Korean sports officials and the IOC President Thomas Bach, who will visit South Korea next Thursday. 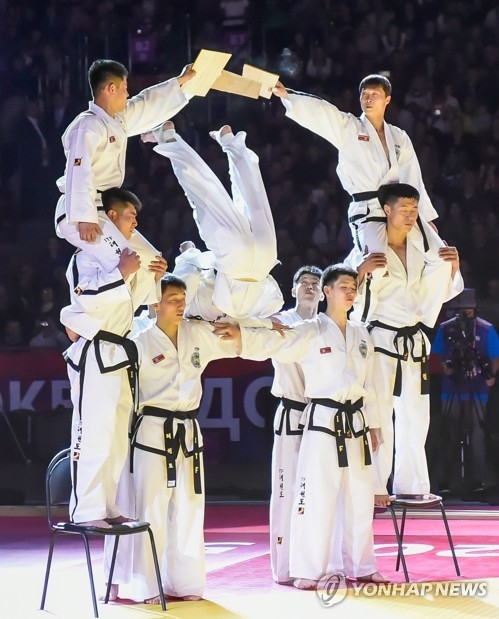