SEOUL, June 22 (Yonhap) -- A former human rights lawyer convicted of violating an anti-communist law more than four decades ago was exonerated by a Seoul court on Thursday.

The Seoul Central District Court cleared Hahn Seung-hun, chair professor of Chunbok National University, of charges that he wrote a piece in a magazine in the early 70s that sympathized with the North Korean regime and its propaganda.

The court said Hahn's testimony was not admissible as it was written without being given a chance to seek legal counseling.

It also found that there was no mention in the article that indicated he had advocated for the North Korean regime or called for the abolition of the National Security Law.

In 1972, Hahn published a commentary in which he lamented the death of an opposition lawmaker, Kim Kyu-nam, who was executed that year for carrying out anti-state activities in Europe.

The prosecution indicted Hahn three years later for what it called "praising the traitor's activities." He was sentenced to 1 1/2 years in prison by a lower court but was released later when a higher court suspended his sentence. Hahn served nine months and lost his license to practice law for eight years.

Hahn, now 83, requested a retrial after the Supreme Court posthumously acquitted Kim in 2015.

Hahn is known for his relentless devotion to the protection of those who faced political persecution under the dictatorial Park Chung-hee government. He served as the head of the Board of Audit and Inspection during the Kim Dae-jung government in 1998-1999. 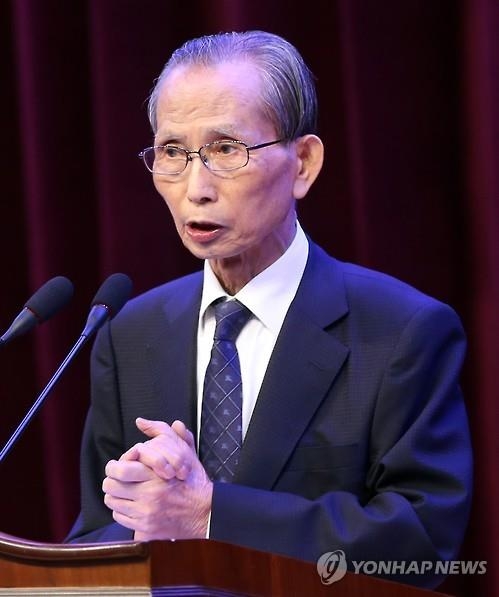