INCHEON, South Korea, June 22 (Yonhap) -- Air Seoul Inc., a South Korean budget carrier, said Thursday it will focus its business on foreign destinations and has no plan to fly on domestic routes.

"We do not have a plan to operate domestic routes for now. We will expand short and mid-haul routes mainly to Asian cities by offering differentiated services through cost-cutting efforts," Air Seoul President & Chief Executive Ryu Kwang-hee said in a press conference. 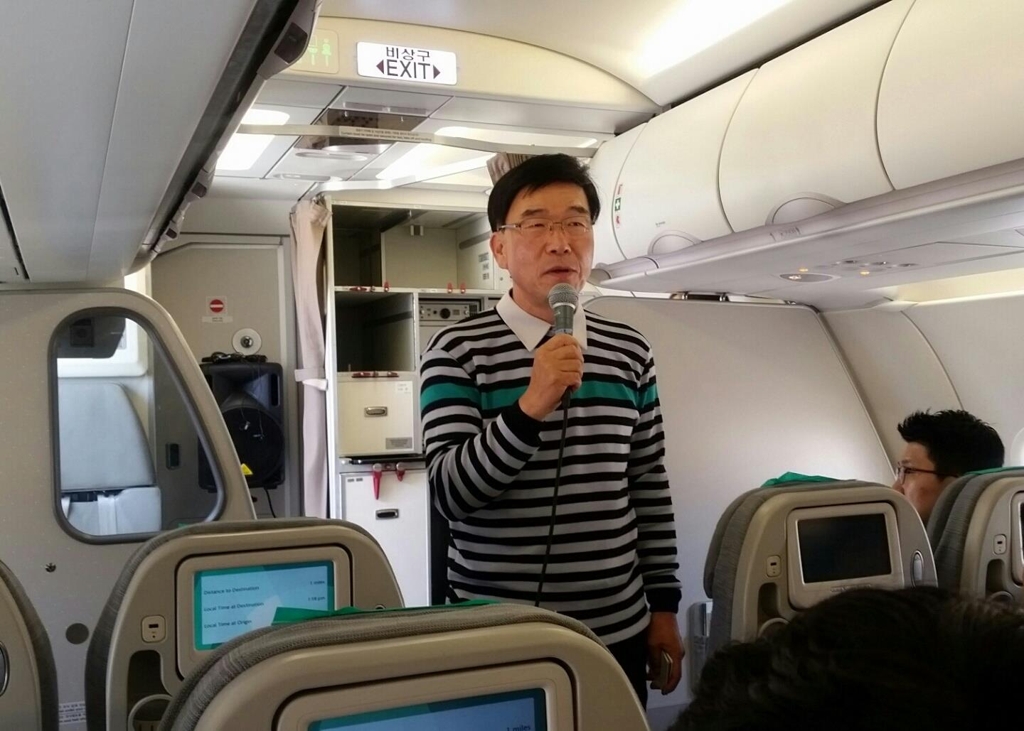 It plans to add four routes to Osaka, Narita, Guam and Hong Kong from September to October, Ryu said.

The company plans to increase its fleet to 15 by 2020 by adding two planes each year, with an aim to make a turnaround next year.

"We are trying to achieve 130 billion won in sales," the president said. There is no comparative sales figure as it began operations eight months ago.

Air Seoul to focus on Asian routes for growth

Air Seoul to focus on Asian routes for growth