It will enable the military to save around 450 billion won (US$390 million) in costs for the operation and maintenance of the fleet over the next 30 years, according to the Defense Acquisition Program Administration (DAPA).

It will also cut maintenance time for an improvement of the aircraft's operation in both wartime and peacetime, it added. 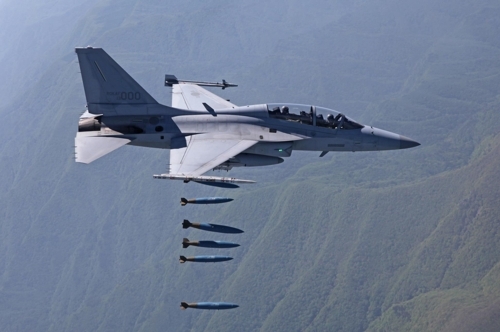 FA-50s were delivered to South Korea's Air Force in December 2016. DAPA signed a separate contract in 2013 with KAI for the project on depot maintenance.

It means the Air Force will be able to perform maintenance works requiring major overhauls or the complete rebuilding of core parts, DAPA said.