SEOUL, June 22 (Yonhap) -- BLACKPINK made one of the biggest K-pop debuts last year, storming multiple music charts back to back with its edgy hip-hop tracks "Whistle" and "Boombayah"

But the group's four young ladies, known mostly for their spunky and girl-crush aesthetics, said Thursday they are now trying on a look and feel that is more in line with other contemporary girl groups through their comeback song "As If It's Your Last."

"Girl groups tend to shine in the summer season. We've come back with a song that better suits the summer mood," member Jisoo told reporters in a group media interview at YG Entertainment's office building in northwestern Seoul. 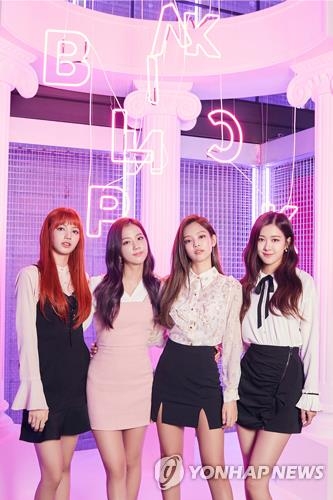 Similar to the team's previous songs, "As If It's Your Last" is an electro hip-hop track with a tribal-sounding rhythm.

Produced by YG's in-house producer-artists Teddy, Future Bounce and Lydia Paek, the song, however, is more approachable and catchy compared with past BLACKPINK songs, being in the vein of other catchy summer K-pop numbers out there today.

"Our latest concept is about being refreshing and bubbly," said Rose, who admitted it wasn't easy acting girlish for the music video. "It was a bit awkward and embarrassing when filming such scenes."

But BLACKPINK isn't giving up on their trademark edgy attitude either.

"We wanted to capture a girlish image but also worked hard not to lose our girl-crush spirit," said Jisoo, explaining that the members tried to incorporate their strong edgy image through the music video choreography.

In line with the shift in artistic direction, BLACKPINK, now in its second year, wants to form a more friendly public image. The members are hoping to do more publicity, not just through music shows but also via variety and comedy shows.

The team also happens to be YG's sole girl group, following the disbandment of the senior team 2NE1 earlier this year. But members said they didn't think in those terms.

"Our goal is to be recognized as an YG artist, not as the only girl group within YG," Rose said.

"We're already honored to have our names among other senior YG artists. That's why we want to stand taller and prouder, and not become trouble for the company."

BLACKPINK is also preparing to enter the Japanese market. It is scheduled to hold a debut showcase at the Budokan arena in Tokyo on July 20 and release a Japanese album Aug. 9. The team will also perform at the A-Nation music festival in Tokyo in late August. 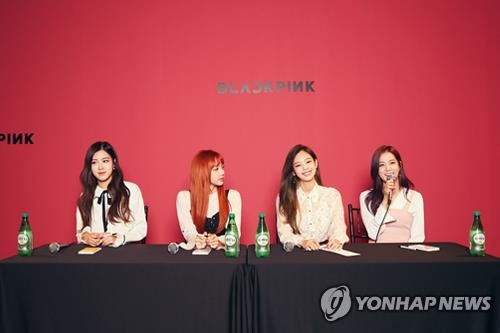 "We're preparing hard as (the Japanese showcase) will be our first debut and showcase in a foreign country. Our goal is not to let down our Korean fans," Jennie told reporters.

She also said the group looks forward to possibly debuting or performing in Thailand, the motherland of member Lisa, who said she was surprised by her popularity in her home country.

"I was amazed by how many people knew about me while going shopping with my mother," said Lisa in fluent Korean.

The team has more products coming down the pipeline, with possibly releasing a new EP album, the third of its "Square" album series, within the year.

"'Square Three' will probably come out this year," Jisoo predicted.

"There are so many sides of us that we want to show and lots of things we want to do. We're hungry for more work, so if we work hard, I think we can present the album in the near future." 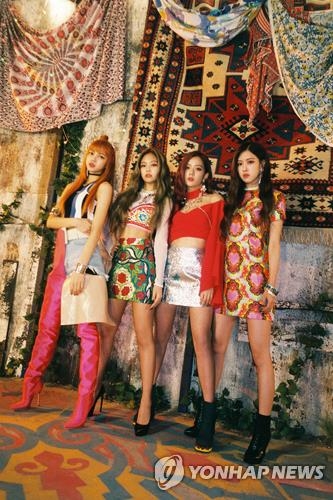