Ministerial appointments do not require consent from the National Assembly, but disapproval often imposes a political burden on the president.

The hearings for Song Young-moo, Chung Hyun-back and Yoo Young-min -- the nominees for the defense, gender equality and science ministers -- were tentatively set for next Wednesday, Friday and July 4.

The parliament also set the hearing for National Tax Service chief-nominee Han Seung-hee for next Monday.

Parliamentary committee sessions were stalled from Monday through Wednesday as two opposition parties boycotted them in protest against Moon's appointment Sunday of Kang Kyung-wha as foreign minister. They opposed it due to Kang's alleged ethical lapses and unproven expertise. 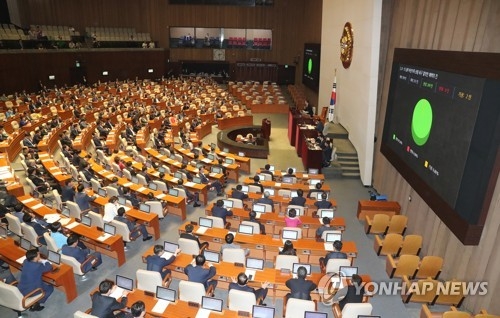