"I believe China is making efforts to stop North Korea from making additional provocations, yet there are no tangible results as of yet," the new South Korean president was quoted as saying in an interview with Reuters.

"China is North Korea's only ally and China is the country that provides the most economic assistance to North Korea. Without the assistance of China, sanctions won't be effective at all," he added, according to the report.

The South Korean leader earlier stressed a need to add dialogue to options for dealing with the provocative North, noting currently only sanctions and pressure are available.

Speaking to the British news service, Moon said additional and strong sanctions should be imposed on the North if the country conducts a sixth nuclear test or tests an ICBM.

He also noted there was "more room" for China to play a bigger role in resolving the North Korea crisis, the report said.

Moon expressed hope to hold talks with his Chinese counterpart Xi Jinping on the sidelines of the G20 summit in Hamburg, Germany on July 8-9. 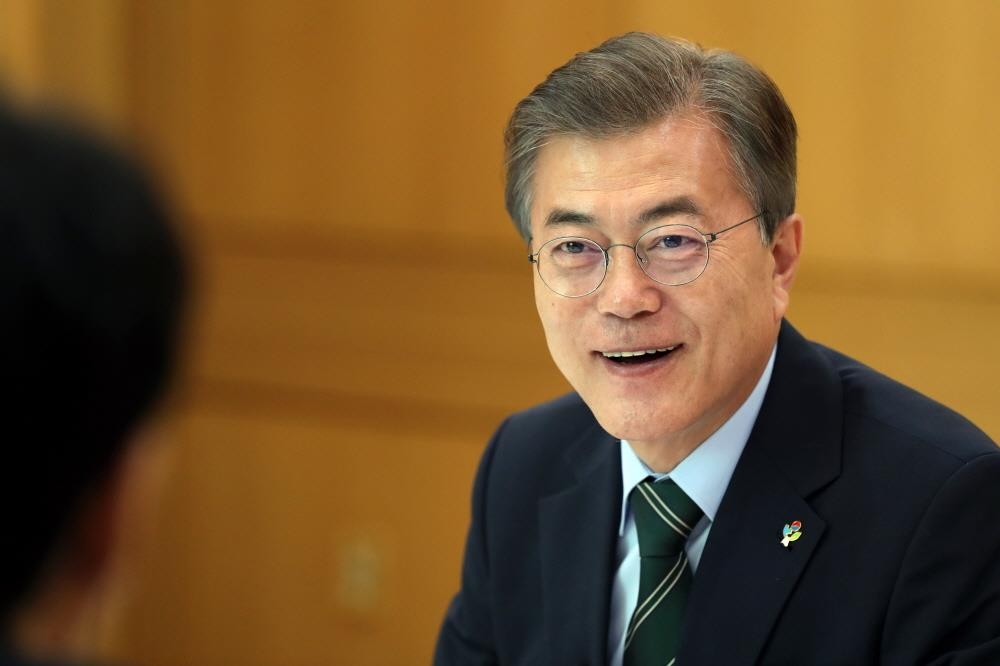 In addition to asking China to do more to rein in North Korea's evolving nuclear and missile threats, the South Korean president said he also planned to ask Xi to remove China's apparent retaliatory measures against South Korean firms and products. Such measures have been in place since Seoul agreed to host the THAAD U.S. missile defense system.

"If I have the chance to meet President Xi, I will ask him to lift all of these measures. This is the agenda that we cannot evade," Moon said.

Moon expressed his hope to meet with as many world leaders as possible at the G20 summit, including Japanese Prime Minister Shinzo Abe and Russian President Vladimir Putin.

Both Japan and Russia are part of six-nation talks aimed at denuclearizing the North. The talks, also involving the two Koreas, China and the United States, have been stalled since 2008. The South Korean president has vowed efforts to restart them.

Moon noted the North's nuclear program will top the agenda of his bilateral meetings in Hamburg.

Talks with the Japanese leader will likely cover many other issues, he said, while expressing concerns over Japan's growing military spending.

Other issues may include Japan's persistent territorial claim to a set of South Korean islets in the East Sea, Dokdo, as well as Japan's sexual enslavement of Korean women during World War II.

"If Japan were to show its strong resolve in looking back on its past history and sending a message that such actions will never happen again... then I believe that this will go a long way in further developing its relations with not only Korea but also with many other Asian nations," Moon was quoted as saying.

In late 2015, Seoul and Tokyo signed what was then praised as a historical deal to put their shared past of sexual slavery behind them once and for all.

Moon said many South Koreans did not accept it, apparently repeating his call on Japan to agree to a renegotiation of the deal, under which Tokyo agreed to provide 10 billion yen (US$10.3 million), not in compensation, but only as support funds for the thousands and thousands of Korean women forced into sexual slavery.

Moon said he has "high expectations" for the meeting with Trump.

"I am very glad that President Trump has made the resolution of North Korea's nuclear issue the top of his priority list on his foreign affairs agenda," he said, according to the report.

The Moon-Trump meetings are scheduled for next Thursday and Friday.