SEOUL, June 22 (Yonhap) -- Parliamentary leaders from 25 Asian and European countries will gather in Seoul next week for a three-day conference on cooperation for Eurasian prosperity, South Korea's legislature said Thursday.

Jointly hosted by South Korea's National Assembly and the State Duma, the lower house of Russia's legislature, the annual Meeting of Speakers of Eurasian Countries' Parliaments will be held at a hotel in Seoul from Monday through Wednesday.

Seoul officials sought to involve a North Korean representative in the forum, but the effort did not work out, they said.

Assembly Speaker Chung Sye-kyun plans to use the meeting to enhance economic, cultural and environmental cooperation with his foreign counterparts, his office said in a press release.

At the close of the conference, the participants are set to adopt a joint declaration on fostering their cooperation for shared prosperity on the Eurasian continent.

The participants are set to meet President Moon Jae-in for a luncheon next Tuesday and visit the Demilitarized Zone, the four-kilometer-wide buffer zone bisecting the peninsula, the following day. 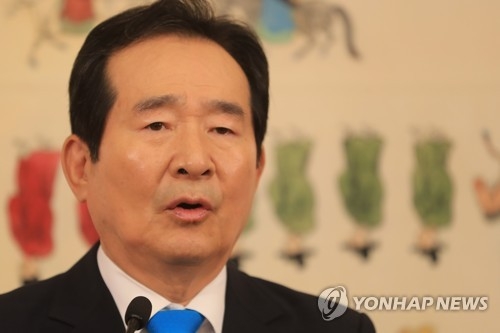 Parliamentary chiefs from Eurasian countries to meet in Seoul next week

Parliamentary chiefs from Eurasian countries to meet in Seoul next week