SEOUL, June 22 (Yonhap) -- The husband of former top actress Shim Eun-ha on Thursday urged an end to speculation over her health as she was rumored to have been hospitalized for an overdose of sleeping pills.

Ji Sang-wuk, Shim's husband and a lawmaker of the minor opposition Bareun Party, said in a press release that his wife was admitted to the hospital this week after taking more than the prescribed amount of medication for post-traumatic stress disorder.

"There are articles and wild speculation on the Internet that (she) took an overdose of sleeping pills, which are different from the truth," Ji said. "I earnestly plead with you to refrain from making assumptions that have not been verified from this moment on."

Shim has been suffering from PTSD since being involved in an accident that nearly took her life 30 years ago, Ji said. While taking medication, she took more than usual because it didn't seem to be improving her condition. She was discharged from the hospital earlier in the day, he added.

Shim, 44, rose to stardom in 1993 after her debut TV series became a hit. She retired in 2001 and married Ji four years later. The couple has two daughters.

On Tuesday, Ji withdrew his candidacy for the party's leadership, saying that he needs to be with his family and take care of their health. In the press release, he apologized to his supporters in and outside the party.

Post-traumatic stress disorder occurs when a person is exposed to traumatic events and exhibits symptoms that include depression, anxiety and insomnia. 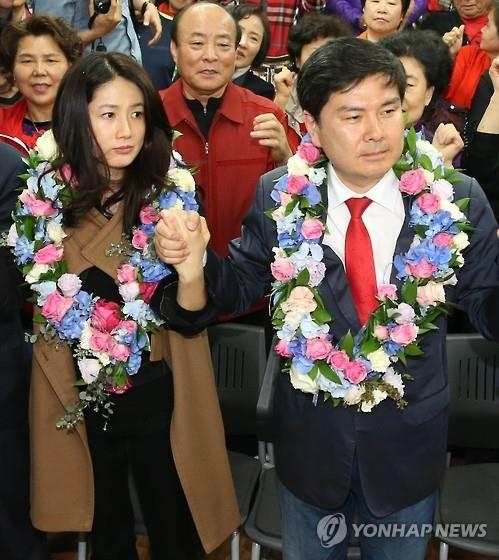 Former actress' husband urges end to speculation over her health

Former actress' husband urges end to speculation over her health