WASHINGTON/CINCINNATI, June 22 (Yonhap) -- Family members, friends and thousands of mourners bade farewell Thursday to Otto Warmbier, the American college student who died shortly after his release from North Korea in a coma.

The funeral service was held at Warmbier's alma mater, Wyoming High School. The front of the funeral program included a quote from Warmbier's 2013 graduation speech: "This is our season finale. This is the end of one great show, but just the beginning to hundreds of new spinoffs."

Local media said about 2,500 people well-wishers lined up outside the school's arts center to pay respects to Warmbier. The service was conducted by a rabbi and lasted about one hour. Blue and white ribbons (the school's colors) adorned trees around the school to honor Warmbier.

Portman was quoted as telling reporters that Warmbier was an "amazing young man" and North Korea must be held accountable for his death. 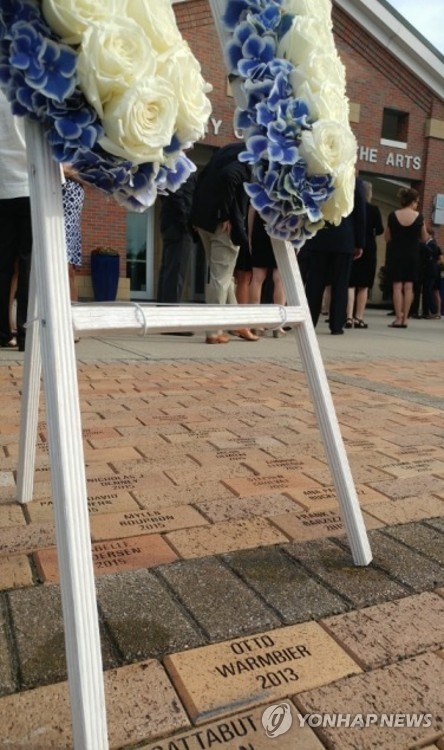 U.S. President Donald Trump has condemned the "brutality" of the North Korean regime and Secretary of State Rex Tillerson vowed to hold Pyongyang accountable for the death. 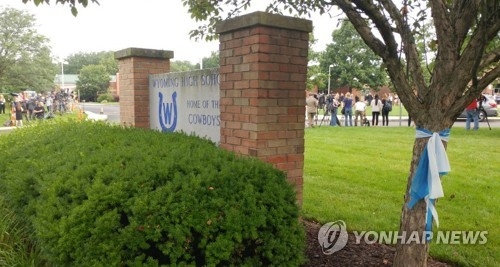