According to the sources, Silicon Valley-based Samsung Research America recently hired five experts of VR technology in line with its new business strategy.

Earlier this week, Samsung also clinched ties with U.S. Major League Baseball (MLB) to provide fans with various VR content, including highlights of games. The agreement will allow MLB fans around the globe to enjoy baseball games on a 360-degree screen through VR devices.

Samsung has been tapping deeper into the VR business, kicking off the Global Virtual Reality Association, along with other major tech giants, including Google Inc. and Facebook-owned Oculus VR.

"The company's Singapore arm created traffic-safety content, and the Australian branch is currently carrying out a project to reduce the psychological stress of cancer patients," a Samsung official said. "We are seeking to utilize the VR technology, not only in the entertainment area but also for social contributions and education." 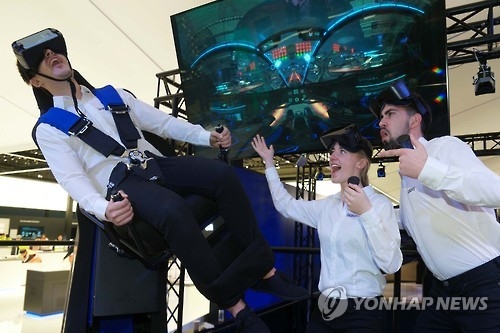