The ratio of inpatients who successfully quit smoking for four weeks was 73.9 percent, or 216 patients out of 292 patients who joined the anti-smoking program at Dankook University Hospital, the latest findings by the Korean Society for Research on Nicotine and Tobacco (KSRNT) said.

The people were admitted to the program between March and November of last year.

The figures compare favorably to less than 30 percent of outpatients who successfully quit smoking after attending the smoking cessation program.

The KSRNT called on the government to provide financial assistance to hospitals to help them establish such clinics, noting the rise in cigarette tax revenue in recent years.

"It is very hard for even inpatients to stop smoking as nicotine is highly addictive," Chung Yoo-seok at the research society said, stressing the need for the government to funnel part of the increased tobacco tax revenue to anti-smoking clinics. 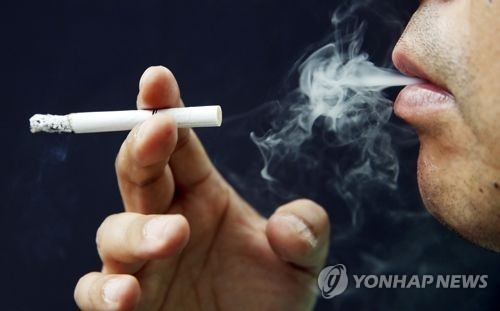