SEOUL, June 23 (Yonhap) -- Samsung Electronics Co. said Friday it has showcased its premium QLED TVs in Brazil in line with its ongoing efforts to tap deeper into the Latin American market.

The South Korean tech giant first introduced the QLED TV in Mexico earlier in April, with its presence being gradually expanded to other countries, such as Panama and Colombia. Brazil takes up around 40 percent of the region's TV market.

In the first four months of 2017, Samsung accounted for 56 percent of Brazil's market for Ultra HD TVs.

The South Korean tech giant said it plans to roll out various marketing projects to promote its TVs in the region.

Samsung said the demand for its QLED TVs has been high in Brazil, with various local business partners making inquiries on the release date. 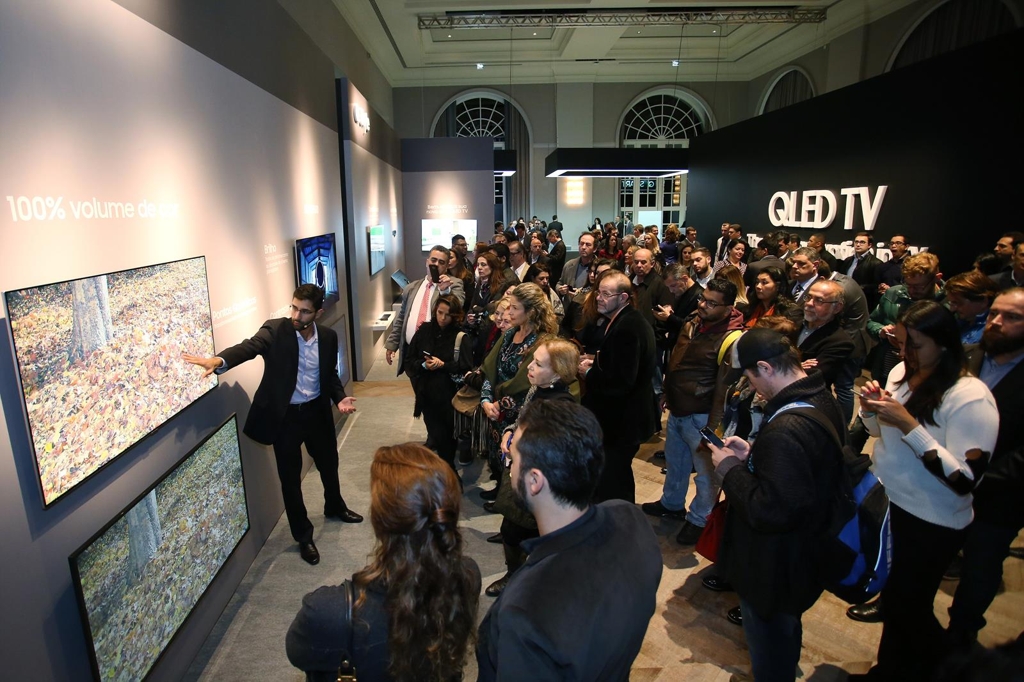