The market size will likely surge to 40 billion won (US$35 million) this year, up from 30 billion won last year, the sources said.

The increase in the number of single-person households also contributed to the rising popularity of ice as singles tend to purchase ice cubes for beverages and ice flakes.

Pulmuone expects to sell 20 billion won worth of ice this year, up from last year's 15 billion won. 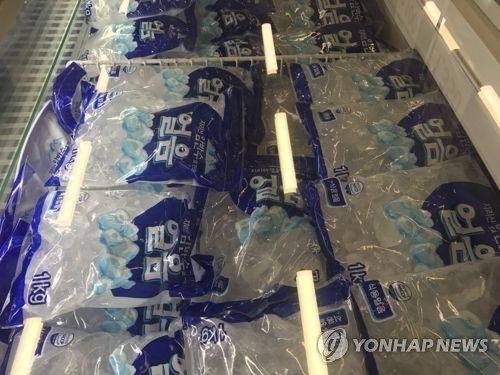