SEOUL, June 23 (Yonhap) -- Stocks of South Korean airlines, led by Korean Air Lines Co., are set to further rise down the road following their recent surge on the back of falling oil prices, solid demand and a strong won, analysts said Friday.

Global oil prices were recently trading at slightly over $40 per barrel, a some 20 percent drop from the end of last year. Usually, lower oil prices lead to an improvement in an air carrier's profitability due to lowered costs.

Also, the Korean won has gained ground against the U.S. dollar, currently trading at 1,140 won to the greenback, sharply rising from the previous 1,200-won level, which helps reduce travel costs for passengers and cut financial costs for air carriers. 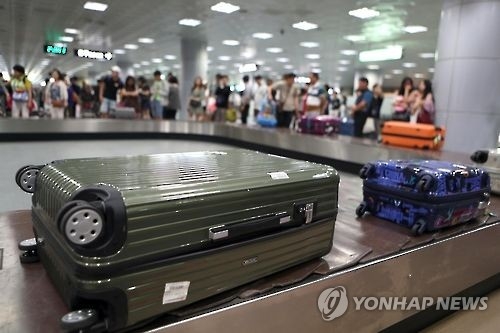 "Demand for overseas trips will remain firm due to the won's strength against the U.S. dollar and improving sentiment," said Kang Sung-jin, an analyst at KB Securities. "Adding to this, airlines are well-positioned to benefit from low oil prices."

Improving business conditions are heralding an additional gain for air carriers' stock prices, although increased competition may become a hurdle for them, the analysts said.

Roh Sang-won, an analyst at Dongbu Securities, said demand for air flights is traditionally low during the second-quarter period, but airlines are seeing a steady rise in passenger traffic.

"We think that fallouts from a diplomatic row with China over the Terminal High Altitude Area Defense (THAAD) issue might have been less than what we expected," Roh said, adding that local air carriers will see their stock prices further rise down the road.

Local airlines have struggled to expand routes to Southeast Asia and Japan not only to absorb growing low-budget travel demand but also to offset sharp declines in traveler numbers from China amid a diplomatic row over the deployment of a U.S. anti-missile system here.

Beijing banned the sale of travel packages to South Korea starting March 15 in protest against Seoul's deployment of the THAAD system.

It has argued that THAAD could spy on its military though Seoul and Washington have said the system is purely aimed at countering North Korea's missile threats. 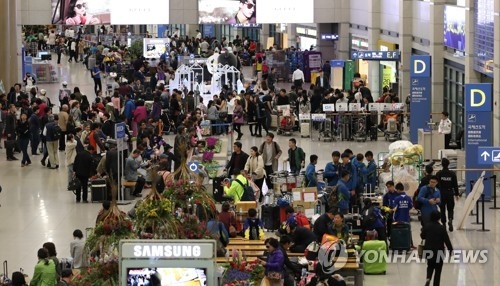