Ulsan, currently second in top-flight K League Classic, said they've reached an agreement with Sagan Tosu on Jeong's transfer. Both sides, however, decided not to disclose the details of the contract.

Ulsan said Jeong will officially bid adieu to Ulsan fans after league match against Incheon United at home on Saturday.

Jeong is one of the promising center backs in the league. The 23-year-old made his professional debut with Ulsan in 2015 and has become a core player in the club's defense. He also played for South Korea at the 2016 Rio de Janeiro Summer Olympic Games.

"I didn't want to miss a chance for a new challenge," Jeong said in a release. "I will perform in the J. League with a mind that I represent Ulsan."

Sagan Tosu are currently in 12th place in the first division J1 League. 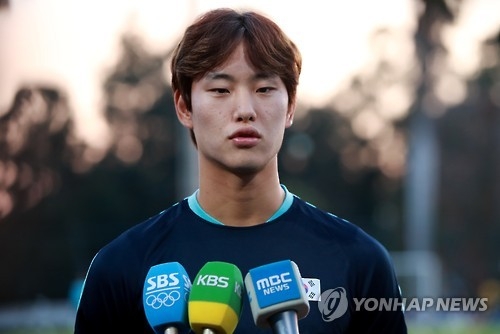