MUJU, South Korea, June 23 (Yonhap) -- Representatives from host South Korea will seek redemption when the biennial world championships in their traditional martial art will get underway this weekend.

The 23rd edition of the World Taekwondo Federation (WTF) World Taekwondo Championships kicks off at Taekwondowon here in Muju, some 240 kilometers south of Seoul, on Saturday. The competition will run through next Friday.

This will be the seventh WTF worlds held in South Korea, the birthplace of taekwondo, and the first since the 2011 edition in Gyeongju.

In recent competitions, however, other nations gave South Korea a run for their money. 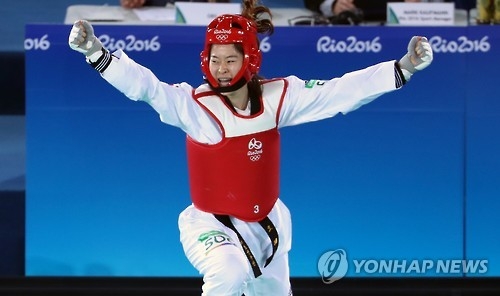 In 2011 at home, South Korea (two gold and two silver) finished behind Iran (three gold, one silver, two bronze) in the men's competition. It was the first time the South Korean men had failed to lead the world championships in medals.

The South Korean women earned six total medals in 2011, but only one of them was gold. China outperformed South Korea with two gold medals.

South Korea bounced back in 2013 in Puebla, Mexico, where the men's and the women's teams each won three gold medals to lead all countries.

Two years later in Chelyabinsk, Russia, the South Korean women captured three gold medals, again topping the field. But it was a much different story for men, who grabbed just one gold and one bronze.

Iran, Russia and Uzbekistan finished ahead of South Korea in the medal count.

In sum, only once in the past four world championships has South Korea finished first in medals for both men and women.

Led by a pair of reigning Olympic champions, South Korea will be out to dominate the podium before the home crowd.

The host nation will have 16 athletes in all, including Oh Hye-ri, the 2016 Olympic gold medalist in the women's 67kg, and Kim So-hui, who won the women's 49kg gold at the same Olympics.

Oh, also the 2015 world champion, has moved up a weight class to under-73kg for Muju.

On the men's side, Lee Dae-hoon, a two-time Olympic medalist, will be after his third world crown. He was the under-63kg champion in 2011 and 2013, but was knocked out early in 2015. He will be competing in the under-68kg category this time. 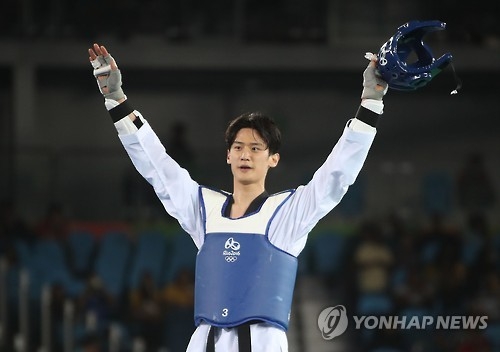 Lee is joined on the men's team by Kim Tae-hun, the two-time reigning world champion in under-54kg.

Kim Hun, the 2013 world runner-up in under-68kg, will be fighting in the under-74kg class this year. He was the quarterfinalist in this category in 2015.

Jo Chol-ho, the 2011 world champion in the men's over-87kg, will be after his second title in the men's heaviest division.

To regain its dominance on the mat, South Korea brought back the head coach from the 2013 worlds, Kim Jong-ki.

And Kim said he'd like nothing better than to match the performance from four years ago.

"We'll surely enjoy the advantages of being at home, but there's a lot of pressure that comes with it, too," Kim said. "I want to make sure our athletes will all be relaxed and just ready to compete."

To ensure more action on the mat, the WTF has tweaked its scoring rules. Kicks to the body will now be worth two points, up from one point. If an athlete stands still with a leg lifted for three seconds, the athlete will lose a point immediately without warning.

The WTF said simulated bouts under the new scoring scale yielded far more points than before.

Coach Kim said the rule changes may favor South Koreans because they thrive in close-range situations.

"When a kick to the body was worth just one point, it was difficult to catch up when you were behind by a few points," Kim added. "But we may see more rallies now. So I told my athletes never to let their guard down and also never to give up until the end."