SEOUL, July 5 (Yonhap) -- After axing Uli Stielike as the men's national team boss, South Korean football has now placed its bet on Shin Tae-yong, who will have to serve a firefighting role again for his country.

The Korea Football Association (KFA) on Tuesday announced that Shin will lead the senior squad through the 2018 FIFA World Cup, should South Korea qualify for the tournament. The 46-year-old previously managed South Korea's football squad at the Rio de Janeiro Summer Olympic Games and most recently at the FIFA U-20 World Cup at home.

Pundits here welcomed the KFA's decision to go with the promising coach to tide over the crisis in South Korean football.

"This was an obvious decision," said Shin Moon-sun, a former footballer who now works as college professor. "No coach at this moment knows South Korean players better than Shin Tae-yong." 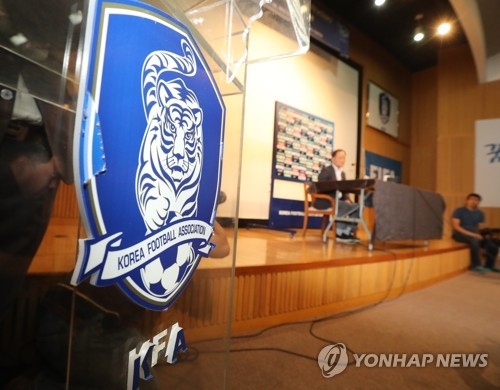 In Asia, the top two teams from Groups A and B will advance directly to the World Cup in Russia. Two third-place teams must go through a playoffs for their final chance. The KFA said Shin will remain at the helm even if South Korea finish third and have to enter the playoffs.

Shin knows he will have to serve the job at a critical time but said he is ready for the challenge.

"It would be a lie to say that I feel no pressure," Shin said in a video message through the KFA after his appointment. "The firefighting role is never given to someone without trust. I'm ready to deliver good performances."

After Stielike was sacked last month, Shin was mentioned as one of the possible candidates for the next national team boss but wasn't the favorite. That's because Lee Yong-soo, a former KFA technical director who stepped down with Stielike, said in his outgoing message that the next skipper should be a person who has abundant experience of leading the South Korean squad at the qualifying stage for major competitions.

Lee's remark made Huh Jung-moo, the deputy commissioner of the South Korean pro football league, the leading candidate for the coaching job since he had led South Korea twice -- from 1998 to 2000 and from 2008 to 2010. At the 2010 FIFA World Cup, in particular, he guided South Korea to the round of 16, which was the first time that the national team reached the knockout stage on foreign soil.

Supporters of Huh then added that the 62-year-old is right for the job since he is familiar with the current coaching staff. Huh worked with chief assistant coach Jung Hae-sung at the 2010 World Cup, while Seol Ki-hyeon, an assistant on the current national team, played for Huh at the same tournament.

Critics of Huh, however, pointed out that Huh hasn't coached a team since April 2012, and his last stint with Incheon United wasn't successful. 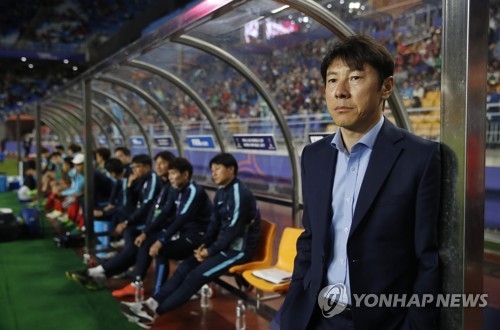 Shin emerged as a rival to Huh for the job when the new technical committee chief Kim Ho-gon mentioned that communication with the players is the key to rebuilding the team.

Shin was an assistant to Stielike before he was appointed head coach for the U-20 squad last November, meaning he already knows lots about the players on the current national team. This experience and his communication skills apparently earned him the job.

"One of his specialties is his communication skills, so he will make the team atmosphere great again," Kim said during his press conference at the National Football Center in Paju, north of Seoul, on Tuesday. "He will bring the team back together."

Team chemistry was falling apart under Stielike as the former boss at times threw his players under the bus in the media and criticized some of them for their failure to execute his tactics. At one point, Stielike even warned the players that he would consider stern punishment for anyone who talked about the team atmosphere to outsiders.

Shin is expected to turn the table and set the team discipline straight from the start.

"Stielike failed because he broke his own standards when it comes to the selection of the players," said Kim Dae-gil, an analyst for the cable station KBS N. "If Shin doesn't ignore such standards of his own, I think he will do well."

Shin's experience of serving in the firefighting role in the past also makes football fans hopeful.

Shin previously took the under-23 squad coaching job just a month before South Korea started their qualification for the 2016 Asian Football Confederation (AFC) U-23 Championship -- which also doubles as a qualifying tournament for the Olympics. For the under-20 side, he took over the team just six months before the start of the FIFA U-20 World Cup at home. 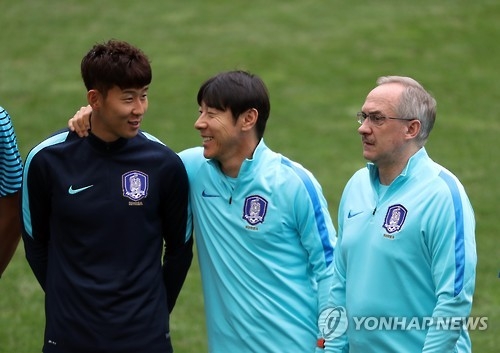 Shin, a former attacking midfielder, is also known for his tactical acumen. At the U-20 World Cup, where South Korea suffered a round of 16 exit, Shin didn't use the same formation twice, and his team mixed the back three and the back four system throughout the tournament.

Experts, however, said Shin should carefully operate the senior team at this critical situation. South Korea are scheduled to host already qualified Iran on Aug. 31 and face Uzbekistan in Tashkent on Sept. 5 to close out the qualifying stage for the 2018 World Cup.

"Shin prefers to use various tactics and play attacking football," said Hahn June-hea, a football analyst for local broadcaster KBS. "At age-restricted football competitions, experiments and tests could work but going to the World Cup is a whole different matter. With the senior team, he needs to have a different concept of running the squad."

But one thing that Shin can't change is the time. He has less than two months to regroup the team and prepare for the next two qualifiers.

"Shin is given such a short period of time to improve the national team's competitiveness," said former national team head coach Park Jong-hwan, who also coached Shin when he was with Seongnam Ilhwa (now Seongnam FC). "The first thing that Shin needs to do is to develop teamwork because that will make the team more organized and let the players execute his tactics effectively."

South Korea, the 2002 World Cup semifinalists, have not missed the top FIFA competition since 1986. Some supporters of Shin lamented that the talented coach took the poisoned chalice, but the KFA believes he is the right one to step up at this time.

"People say South Korean football is in trouble, but we've never advanced to the World Cup easily before," said the KFA technical director Kim Ho-gon. "I think our players have enough talent, but it's up to the coach to help the players maximize their talent and let them display their best skills. Shin will complete the task." 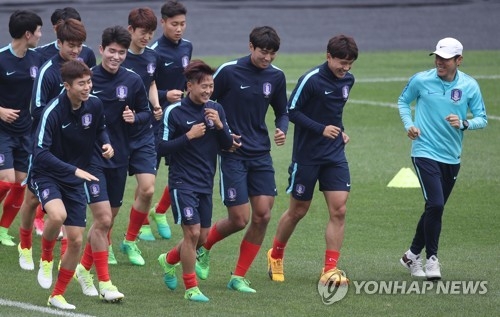