SEOUL, June 23 (Yonhap) -- South Korea's new transport minister on Friday vowed to crack down on speculative real estate investments, which have been cited for pushing up local housing prices.

In her inaugural speech, Land, Infrastructure and Transport Minister Kim Hyun-mee said: "It is real-estate speculation that has pushed up home prices in recent years. The new lending rules announced June 19 are a warning against speculative forces in the market."

The ratios were lowered from the previous 70 percent and 60 percent, respectively. 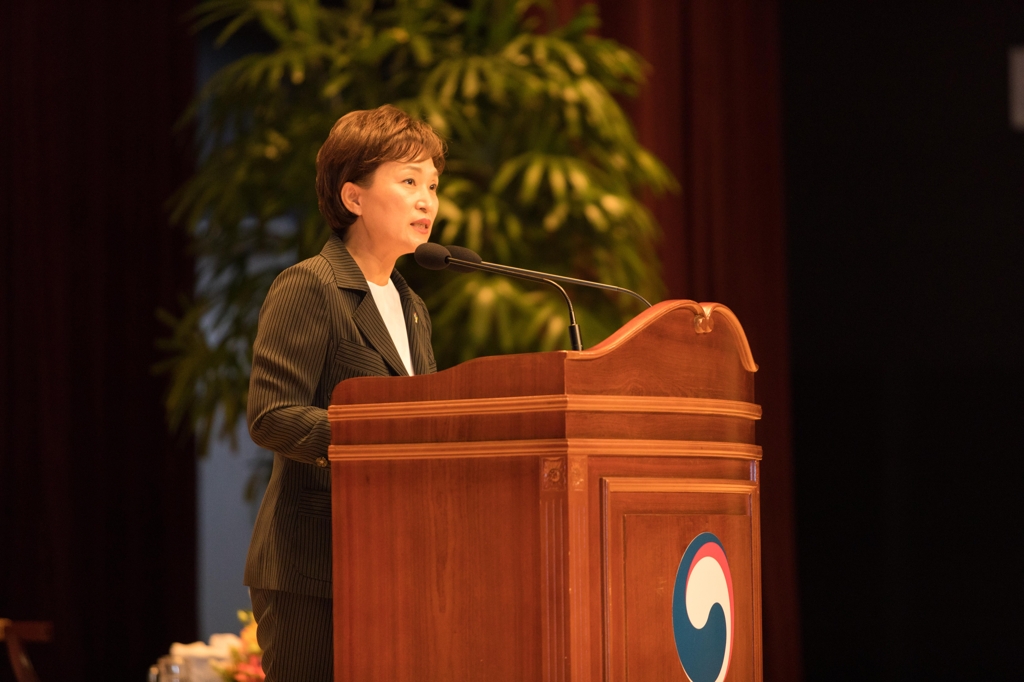 The imbalance between supply and demand has been cited as the main culprit of higher prices, but the minister offered other factors that buoyed the country's real estate market.

In May, home transactions by those who do not have a home or own one house fell 6 percent from a year earlier. In contrast, additional home purchases by those who already have more than five houses jumped 7.5 percent during the same period, the ministry said.

The former are seen as people wanting to buy a home they will live in, while those with many houses may be engaged in speculation.

Home purchases by those aged 29 or younger in the four Gangnam districts soared 54 percent in May compared with a year earlier, the minister said, adding there might have been some suspicious transactions involving the transfer of wealth.

"The government will show zero tolerance toward speculative forces who seek high returns through repetitive property investments, while keeping those who do not have a house from buying one by pushing prices up overall," she said.