"It is groundless that the government should intervene in the pricing of mobile phone charges by claiming mobile communication should be viewed as a public good," professor Lee Byung-tae of the Korea Advanced Institute of Science and Technology (KAIST) told a seminar at the National Assembly. "Mobile communication is a private good provided by private businesses that purchase frequencies from the government."

President Moon has pledged to reduce mobile phone rates and abolish the monthly basic charges of 11,000 won (US$9.63) amid outcries by South Korea's three mobile carriers -- SK Telecom Co., KT Corp. and LG Uplus Corp., which fear such a drastic rate reduction will eventually lead to operating losses and lack of proper investment in mobile communication technology. Seoul has since backed off on fulfilling some promises although stating it is committed to reducing the burden on people.

Ahn Jin-geol, co-secretary-general of the liberal People's Solidarity for Participatory Democracy, on the other hand rebuffed such claims, insisting mobile telecommunication is a public good provided based on radio waves and frequencies.

"Therefore, it is necessary for the government to control the pricing by private businesses," Ahn insisted. "The current mobile phone market has a very low level of competition and any government policy does not have any great impact on it."

He stressed the need for the removal of the basic subscription rates and the provision of more data usage for low- and medium-rate subscribers.

Yang Whan-jeong, a senior official of the Ministry of Science, ICT and Future Planning, in charge of mobile communication, said the government has not yet properly dealt with issues related to mobile phone charges.

Yang said the government will focus on coming up with measures to reduce mobile phone rates, which have been rising due to increased usage rather than abolishing the basic rates. 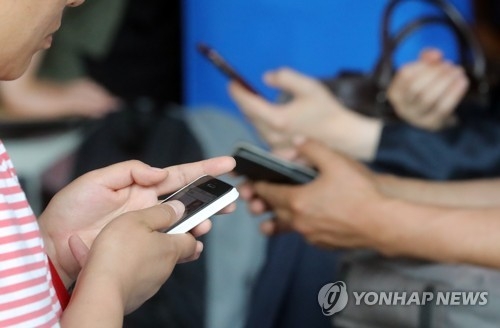