SEOUL, June 23 (Yonhap) -- North Korea claimed Friday that it provided medical treatment and care with "sincerity" to an American college student who was detained for 17 months in the North and died days after being released in a coma last week.

"Although we had no reason at all to show mercy to such a criminal of the enemy state, we provided him with medical treatment and care with all sincerity on a humanitarian basis until his return to the U.S., considering that his health got worse," read the statement carried by the Korean Central News Agency (KCNA).

It marked North Korea's first official reaction to Warmbier's death on Monday. The North previously released a short dispatch which said it released him on humanitarian grounds.

It claimed that his sudden death is a "mystery" to North Korea as his health indicators were "normal" when he was brought home.

Warmbier, 22, was arrested in January 2016 on charges of stealing a political poster from a hotel. He was sentenced to 15 years of hard labor. His father insisted that his son was "brutalized and terrorized" in the North.

Pyongyang insisted that Warmbier is a victim of former U.S. President Barack Obama's "strategic patience" policy with North Korea as he refused to have dialogue with Pyongyang.

The spokesman condemned the U.S. for advocating for sanctions and pressure against the North even as Pyongyang released him on humanitarian grounds.

"To make it clear, we are the biggest victim of this incident and there would be no more foolish judgment than to think we do not know how to calculate gains and losses," the statement showed. 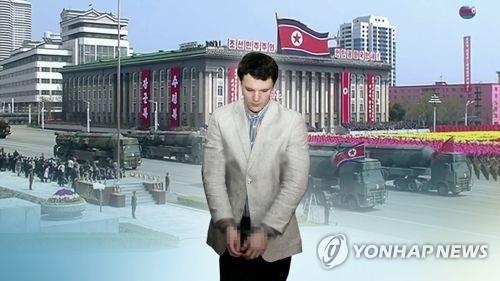