Gardner made the remark in a statement he issued to condemn the North's reported test of a rocket engine that could be used in an intercontinental ballistic missile capable of reaching the continental United States with a nuclear warhead.

The test "deserves global condemnation and a show of determined resolve from the United States and our allies. It is clear we are rapidly approaching a point of no return with North Korea, and there needs to be a global urgency to stop their development of nuclear delivery capability," he said.

"I am prepared to draft legislation to target entities and to impose a financial embargo on North Korea. My legislation will present a clear choice to all those enabling Pyongyang: you either do business with a nuclear-armed madman who abuses his own people and has just murdered an American or you do business with the world's only economic and military superpower," Gardner said.

The world needs to come together "if we want to prevent nuclear war," he said.

Gardner, chairman of the Senate Foreign Relations Subcommittee on Asia and the Pacific, has been a leading voice in Congress for stronger pressure on the North. He authored the landmark North Korea sanctions legislation that passed through Congress last year. 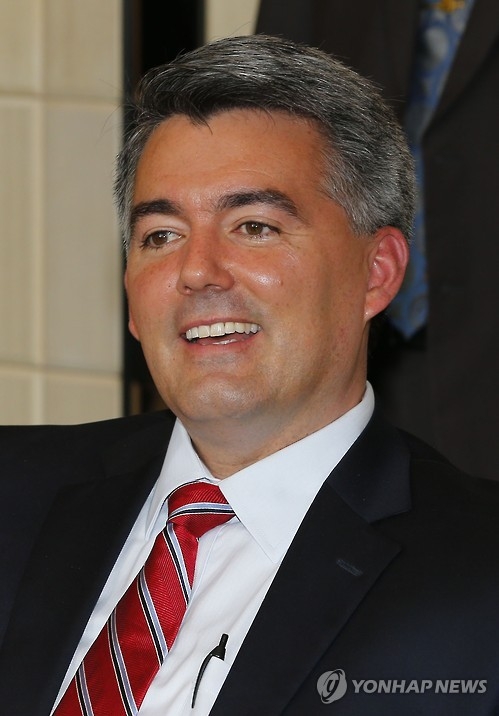 Last month, the House of Representatives overwhelmingly passed legislation imposing tougher sanctions on North Korea. The bill is largely aimed at restricting the North's trade and drying up key revenue sources, such as labor exports, and cracks down on North Korean shipping and use of international ports

The Senate must pass the legislation before it becomes law.

Calls for tougher sanctions on the North have risen again after American college student Otto Warmbier died just days after he was released from the North in a coma following 17 months of detention for taking down a political propaganda sign from a hotel.