SEOUL, June 25 (Yonhap) -- The president of the Korea Advanced Institute of Science and Technology (KAIST) said South Korea's top engineering and technology university aims to add more talented foreign students and faculty as part of an ongoing effort to expand its presence on the global stage.

"KAIST is one of the world's top universities but I am trying to recruit more international students, as diversity is the way to make it into a leading university on a global scale," Shing Sung-chul said in an interview with Yonhap News Agency on Friday.

In the first-ever meeting with foreign ambassadors here, the school showcased the advances it has made and the top-notch education it offers to students. The "KAIST Embassy Day" event brought together about 90 diplomats from 65 nations in South Korea, including 31 ambassadors, organizers said.

"It marks the first time for a local university to invite senior diplomats to advertise the school and the participation rate is very high, clearly reflecting their interest in our school," Shin, who took office in March, said on the sidelines of the gathering in Seoul.

The 65-year-old physics professor said he has an "ambitious" yet "aggressive" plan to recruit more "qualified" and "diverse" international students to further boost global competitiveness.

A total of 710 foreign students from 86 countries, representing about 8 percent of the total student body, are currently studying at the school, data provided by KAIST showed.

"My goal is to expand the ratio of foreign students from the current level to 15 percent and raise the number of international faculty to 12 percent in four years when my term ends," the charismatic president said.

"I want to cultivate students, noticeably those from developing countries, who can receive quality education at KAIST and become leaders in their fields after going back to their home countries," Shin said. "These students can change their countries 30 or 40 years later with their ideas and knowhow."

The institution, which offers full scholarships to all undergraduate and graduate students, holds more than 80 percent of its classes in English to make the campus more attractive to those from overseas.

At the ambassadors' event, KAIST said it plans to pick a select number of students annually through the recommendations of each embassy. Each ambassador may recommend up to two students per year with such students to receive favorable admission.

"Many ambassadors have frequently visited KAIST before. I wish each ambassador would recommend quality students from his or her home country," Shin said.

KAIST said it provides a special benefits package for students that not only includes full scholarships, but also free room and board, an allowance worth US$300 a month.

"In the long term, KAIST aims to have a global impact in terms of both education and research. The school aims to rank within the top 10 engineering schools," Shin said.

Shin, who previously headed the Daegu Gyeongbuk Institute of Science and Technology, is KAIST's first alumni president. Previous presidents came from overseas, including a Nobel laureate.

"KAIST served as one of the backbones of South Korea becoming a high-tech country," the scholar said, adding that international students will be able to not only have a quality education but also learn more about various cultures. Such experiences can make them become better leaders in their home countries, he said. 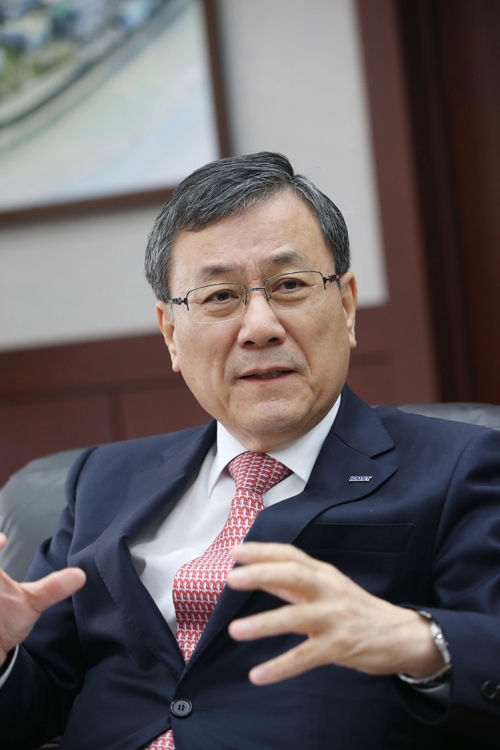