SEJONG, June 25 (Yonhap) -- The head of South Korea's antitrust watchdog said Sunday that he will strengthen monitoring of local financial firms that have been cited for maintaining a cobweb-like shareholding structure before introducing a mid-tier financial holding company system.

Fair Trade Commission (FTC) Chairman Kim Sang-jo said in an exclusive interview with Yonhap News Agency, that under the revised FTC plan, authorities will keep close tabs on business groups which have financial units along with non-financial firms. The country two largest businesses, Samsung Group and Hyundai Motor Group, maintain financial units under their wings that will be subject to tightened surveillance.

The mid-tier financial holding company system calls for the creation of a separate holding company and has been viewed by big companies as the best way to streamline the decades-long complex shareholding structure of the country's family-run conglomerates. These conglomerates called chaebol in Korean have been accused of using financial firms to make up for losses of other affiliates.

South Korean bank laws strictly ban a business group from owning a new stake in financial institutions or banks, but the mid-tier holding company arrangement could help conglomerates solve their cross-shareholding ties within the boundaries of local rules.

President Moon Jae-in, however, has pledged to adopt the integrated financial supervisory system instead of introducing the mid-tier holding company scheme, as critics argue that it can favor Samsung Group, the largest business group that has a number of affiliates including Samsung Life Insurance Co. and Samsung Electronics Co.

The mid-tier holding company system was a key policy drive under former President Park Geun-hye, with the FTC advocating for the measure at the time. 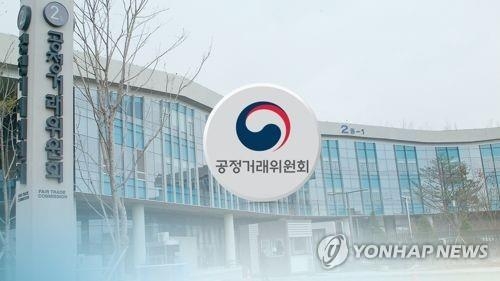 Kim, a former renowned civic activist who advocated for minor shareholders' rights, said he too had suggested the idea of the mid-tier financial holding group system in the past, yet he believes it is not the only way to make the local business structure transparent.

"It is just one of the tools that regulates chaebol," said Kim, who was recognized as an expert in Samsung Group's governance and succession issues. "I'm well aware of the fact that Samsung will be the biggest beneficiary of the mid-tier system."

He then said the FTC is considering whether to restrict the information monopoly by Google Inc. and Facebook Inc..

"They are sweeping all information on the Internet yet we are setting up the network they use with taxpayers' money," said the FTC chief. "I think this is a problem and we have to study how to approach the matter."

The FTC head started his three-year term earlier this month as President Moon appointed him despite strong protest from opposition parties. He is regarded as a pivotal figure to spearhead Moon's pledges to reform major conglomerates. 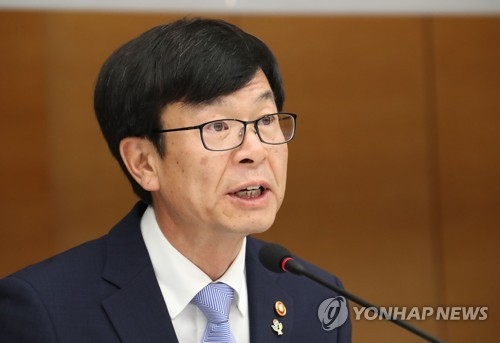 In his inauguration speech, he put an emphasis on restoring fair market competition, which the regulator claims has been distorted by large business groups and state-run corporations, who abuse their market dominance and squeeze small-time firms.

In line with the slogan of fair market competition, he vowed to take strict measures against any business group that conducts illegal intra-group trading aimed at giving unfair support to its affiliates.