Park captured the 200m freestyle title at the Sette Colli Trophy at Stadio del Nuoto in Rome on Saturday (local time), with a time of 1:46.89.

Nicholas Grainger of Britain was in second place with 1:48.30, followed by another British swimmer, Duncan Scott.

Park is gearing up for the FINA World Aquatics Championships in Budapest starting July 23. He set up a training camp in Rome earlier this month. He will make his first world championships appearance since 2011 in Shanghai, where he won the second of his two world titles in the 400m freestyle.

In Rome, Park is also scheduled to compete in the 100m and 800m freestyle. 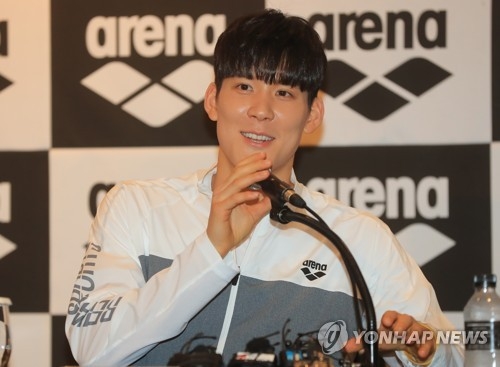