In March and April 95 shipments of food were turned back by Chinese customs, up a sharp 280 percent from 25 rejections posted for the same two-month period in 2016, the state-run Korea Agro-Fisheries & Food Trade Corporation said.

The state organization said during the two month period, South Korean food products rejected by Beijing accounted for 14.5 percent of all goods that were sent back by the world's No. 2 economy, up from just 1 percent of the total a year earlier.

In the January through April period total shipments that failed to clear inspections reach 102 from 49 the year before. Numbers for May have not been released.

"The vast majority of food products that were not allowed into China were cited for violating local label and package rules," the trade corporation said. It said far less were cited for problems with ingredients used in the making of the food or "high levels" of residual pesticides. There were also cases involving wrong export documentations.

Beijing views the THAAD system as a security threat, while Seoul in the past maintained the deployment is needed to counter North Korea's growing nuclear and missile capabilities.

"In the past, minor labeling issues only required slight changes before they were allowed through, which is not the case at present," a business source, who declined to be identified said. He added that South Korean companies are working with Chinese counterparts to find ways to cope with the tighter inspections rules.

The agro-fisheries trade promotion agency, meanwhile, said while rules regarding food import have not changed compared to 2016, Beijing does seem to be more stringent in enforcement. It said efforts are underway to get food exporters to better meet guidelines stipulated by China so less products are rejected by customs. 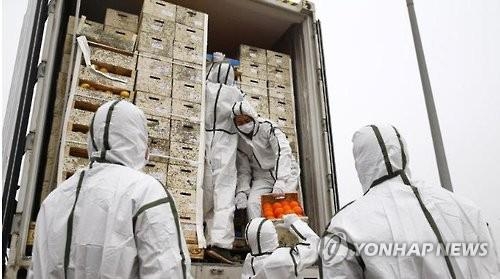