"Mayor Park will visit Russia's Moscow, Ullyanovsk and Saint Petersburg and Uzbekistan's Tashkent for a nine-day run from Monday to stage practical city diplomacy and contribute to the development of South Korea's relations with the nations," the official said.

In Moscow, the mayor will give a lecture themed "Korea-Russo Relations That Open an Peaceful Economic Era in Northeast Asia" at the Institute of World Economy and International Relations, and meet with Russian Deputy Prime Minister Arkadi Vladirmovich and Moscow Mayor Sergey Sobyanin.

In Ullyanovsk, Park will preside over the 4th general assembly of the World e-Government Organization of Cities and Local Governments (WeGO) set for Wednesday. Seoul is currently the chair city of the international organization comprising 110 cities and local governments around the globe.

Then he will go to Saint Petersburg on Thursday, where he will visit the historic Marinski Theater and meet with its Artistic and General Director Valery Gergiev, and give a speech on Korea-Russo relations at the Saint-Petersburg State University.

Park will then fly to Tashkent on July 2 for a two-day visit, during which he will meet Tashkent Mayor Rakhmonbek Usmonov, and attend an IT forum and a ceremony to unveil a monument marking the 80th anniversary of the mass ethnic Korean relocation during the former Soviet Union era. 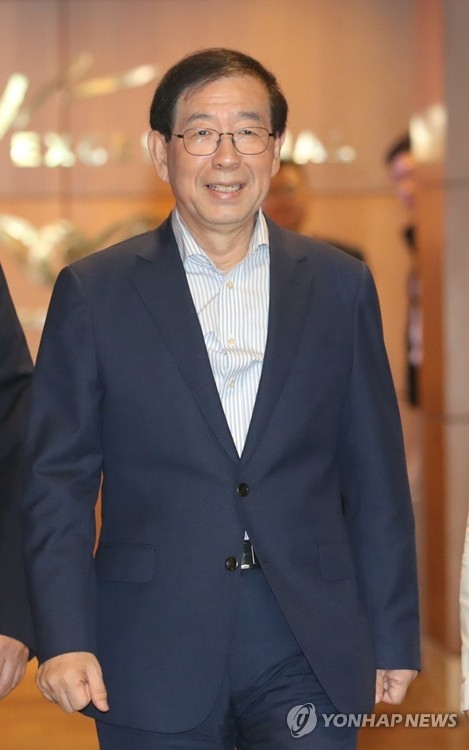