Kim clocked at 10.13 seconds in the 100m semifinals at the KBS Cup National Athletics Championships in Jeongseon, Gangwon Province. He bettered his own previous record, set in July 2015 at the Summer Universiade, by 0.03 second.

Kim is scheduled to run in the final at the same competition later Sunday.

Despite setting the national mark, Kim is still shy of the world championships' qualifying time of 10.12 seconds. 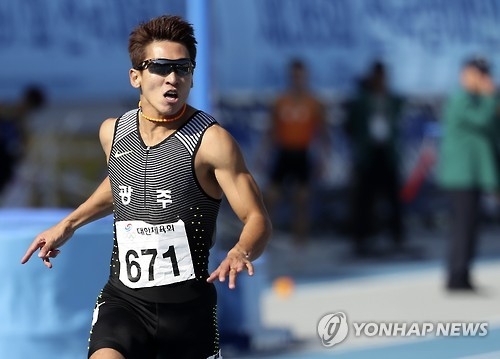