Lotte Foundation for Arts said it has appointed Chung as the first music director for its youth orchestra which will hold its inaugural concert in January.

The foundation said the establishment of the orchestra is aimed at nurturing promising musicians in the country, adding Chung was considered the best person for the post.

Chung, who led the Seoul Phil from 2006, stepped down as the director in December 2015 over a legal battle with a former president of the orchestra.

"We know that different perspectives exist on maestro Chung, but his talent has been recognized worldwide," a foundation official said. "We could not come up with an alternative to establish a base for the orchestra and build up a reputation."

Chung and the foundation reportedly signed a one-year contract, but both sides are known to be considering the job as a long-term project.

The orchestra will be comprised of musicians aged from 19 to 28 who will have been selected through auditions, it said.

In addition to Chung, other renowned performers from the Radio France Philharmonic Orchestra will join the orchestra as the coaching staff, according to the foundation.

The foundation was set up in October 2015 based on some 20 billion won (US$1.7 million), including 10 billion won coming from Lotte Group Chairman Shin Dong-bin's private pocket. Shin is the current chief of the foundation. 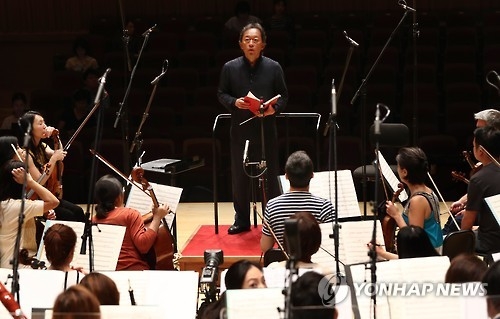