Minutes later, Kim Tae-hun captured his third straight world title in the men's under-54kg on the same mat, as the birthplace of taekwondo is now off to a rousing start at the biennial competition, which will conclude Friday. 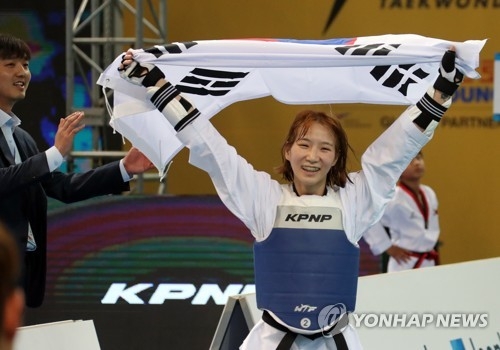 South Korea is trying to lead both the men's and women's events in medals for the first time since 2013.

Sim beat Thi Kim Tuyen Truong of Vietnam 18-9 in the final. This was the first world title for the 21-year-old, who lost in the round of 16 in her first appearance in 2015 in Chelyabinsk, Russia.

Sim benefited from Truong's taking nine "gam-jeoms," or deduction penalties, in the final, one shy of disqualification.

Sim piled up 11 points through a series of kicks in the decisive third round, which more than offset her six penalties.

"I'm happy to win the title in my second try," Sim said. "But this is only the beginning for me. I'll try to keep getting better." 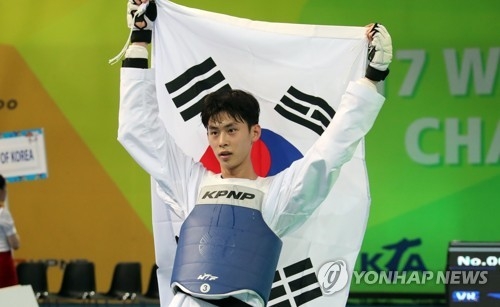 The two were tied at 3-3 after the first of three two-minute rounds. The South Korean then added six points in the next round to build a 9-5 advantage. They traded one penalty each in the final round as Kim clinched his third straight corwn.

"As soon as the match ended, I was so relieved," Kim said. "It was great competing before the home fans. They really gave me a lot of energy today and I had fun out there."