Japan's NSK Ltd., one of the world's biggest car bearing manufacturers, and JTEKT Corp., a Japanese bearing maker, had allegedly conspired to fix the prices of bearings supplied to South Korean auto parts companies between June 2002 and December 2009, according to the Fair Trade Commission (FTC).

Also, NSK, JTEKT, Schaeffler Korea Corp. -- a local unit of Germany's Schaeffler Group -- and NSK Korea Co. are accused of dividing up the local bearing supply market and reaching an understanding not to encroach on each other's business sectors from 2002 through 2011.

The watchdog said it will keep close tabs on the South Korean bearing market which depends largely on quality imported products manufactured by Japanese and German firms.

The companies' bearings accounted for a combined 52.2 percent of the South Korean market worth 1.1 trillion won as of 2014. 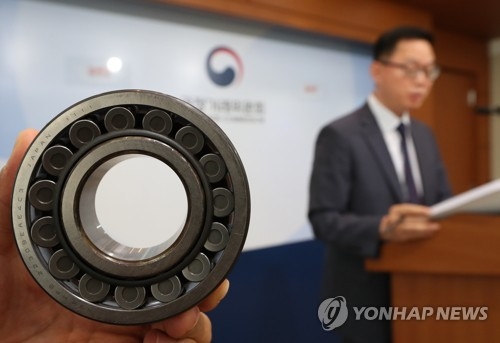