Seoul, June 26 (Yonhap) -- K-pop girl group Apink, on June 26, made public the highlights of each song on its new album "Pink Up."

The video that runs about 80 seconds and has been released on the group's official fan page and social media sites shows parts of seven songs, including "Five," "Eyes" and "Evergreen."

The group's sixth album will be officially released at 6 p.m. on June 26. 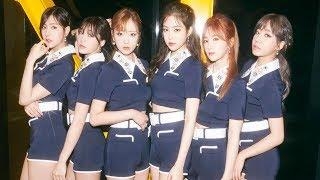