SEOUL, June 26 (Yonhap) -- The earnings outlook for South Korean oil refiners and chemicals firms has been downgraded out of concerns that oil prices may leave a stain on their earnings, industry data showed Monday.

Oil prices in New York have been sliding for weeks, hovering at the mid-US$40 level per barrel, which represents the lowest level in almost one year.

According to the data compiled by industry tracker FnGuide, the combined operating income of 12 refiners and chemical firms was estimated at 3.54 trillion won ($3.12 billion) for the April-June period, down 6.81 percent from a month earlier and 4.55 percent from three months earlier.

Compared with a year earlier, the projected figure was down 16.3 percent.

"A decline in oil prices would make it hard for local refiners to rack up decent margins," said Son Young-joo, an analyst at Kyobo Securities.

But some analysts said that's because of a base effect.

"Actually, the second-quarter earnings are not bad compared with other periods, and oil prices are not really expected to fall sharply down the road," said Hwang Yoo-sik, an analyst at NH Investment & Securities.

Expectations for the sector may be further cut if low oil prices persist.

"The one wild card right now is that the price of oil will be baked into their earnings down the road," Hwang said. 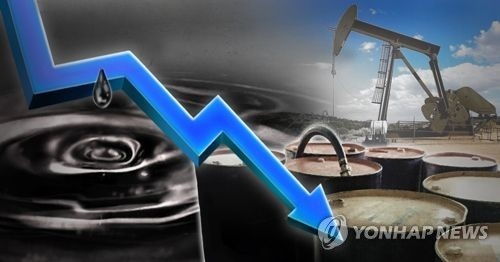