The Paramount film, the fifth installment in the series directed by Michael Bay, has attracted 1.265 million cinemagoers or 64.1 percent of all tickets sold over the June 23-25 weekend, according to a computerized tally from the Korean Film Council.

Directed by Jo Seon-ho and starring Kim Myung-min and Byun Yo-han, the movie is about two men who wake up to find themselves locked in what seems to be an eternal time loop where they repeatedly lose their loved ones in the same traffic accident. The movie is on track for breaking the 1 million mark in attendance, with 989,123 recorded viewers so far.

The Tom Cruise-led action blockbuster "The Mummy" was pushed two notches down to the third. It added 161,894 to its domestic total of 3.56 million views.

Coming in fourth and fifth were "The Villainess," an R-rated Korean action flick starring Kim Ok-vin, and Emma Watson's new thriller "The Circle." They were seen by 95,453 and 38,687 moviegoers, respectively. 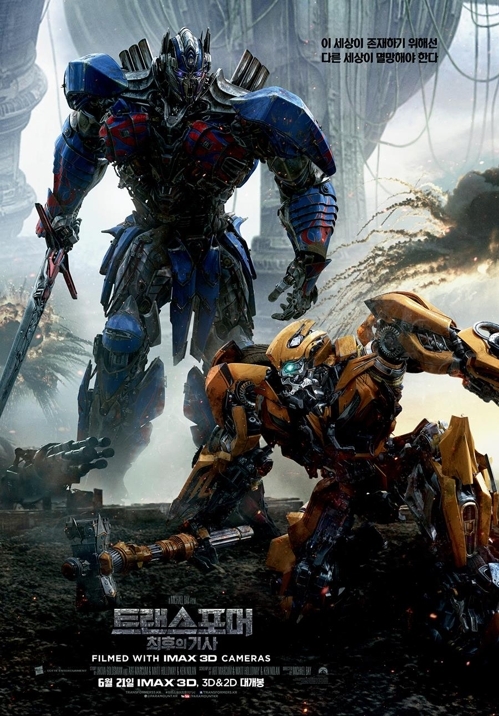