Lee, 53, beat three other contenders -- Reps. Ha Tae-kyeung, Jeong Woon-chun and Kim Young-woo. The outcome was based on a vote by party members and an opinion poll, which were weighted 70 percent and 30 percent, respectively.

The third-term lawmaker filled the top post that had been empty since the party's first leader, Choung Byoung-gug, offered to resign soon after the March 10 ouster of scandal-hit former President Park Geun-hye.

The minor party was launched in January after having splintered from the then-Saenuri Party, a precursor to the main opposition Liberty Korea Party, amid an intense factional rift triggered by the corruption scandal involving Park.

The party has 20 seats in the 299-member National Assembly. 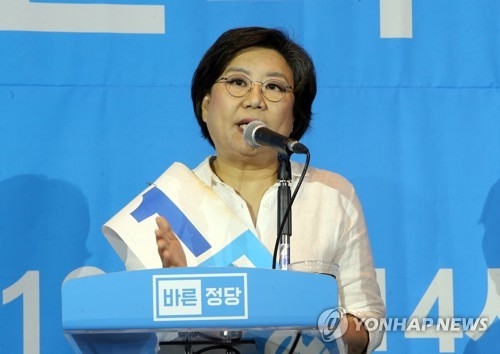