This year's Bucheon International Fantastic Film Festival (BiFan) will screen 289 features and shorts from 58 countries around the world under the theme "Love, Fantasy and Adventure," organizers said during a recent news conference. The lineup included 63 world premieres and 29 international premieres. An international premiere is the first showing outside of the home country. 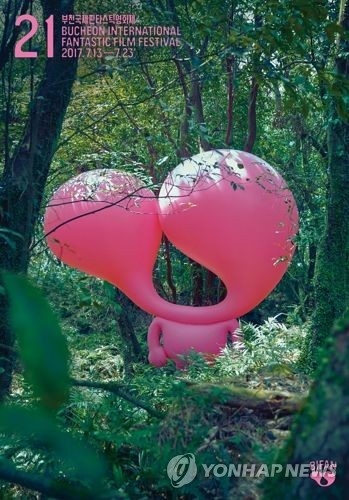 The 11-day festival will open with the world premiere of South Korean director Lee Yong-seung's comedy-action thriller "Room No. 7." The film starring Shin Ha-gyun and Do Kyung-soo, better known as D.O. of K-pop boy group EXO, follows a self-employed worker and his young assistant's struggle to survive in the era of neoliberalism.

The closing film is "Gintama," adapted from a popular Japanese manga of the same title.

The festival will give retrospectives of films by late director Hong Ki-seon of "Where the Truth Lies" (2009) and of 17 films spanning Cannes-winning actress Jeon Do-yeon's 20-year career.

Hong's last movie "The Discloser" will premiere in this category. Starring Kim Sang-kyung and Kim Ok-vin, the film is about a soldier and a television reporter who delve into corruption in the military which is related to first-class secrets.

Bucheon fantastic film fest to kick off this month

Bucheon fantastic film fest to kick off this month