SEOUL, July 1 (Yonhap) -- Rap Monster, the leader of K-pop boy group BTS or Bangtan Boys, won't be able to dance on stage during its concerts to be held in Japan this weekend, the group's management agency said Saturday.

The singer was injured in the right little toe on Thursday after accidentally bumping into the corner of a piece of furniture in his hotel room in Sapporo, said Big Hit Entertainment on the group's official social media sites.

"He's received medical treatment at a nearby hospital but the doctors said he should refrain from doing things that might further hurt his lifted toenail," it said, adding that he was advised not to dance on stage.

"Other than the injury in his toenail, his overall condition is good," it said.

Rap Monster will join other members for the concerts this weekend, which is part of the group's global tour "2017 BTS Live Trilogy Episode III The Wings Tour." 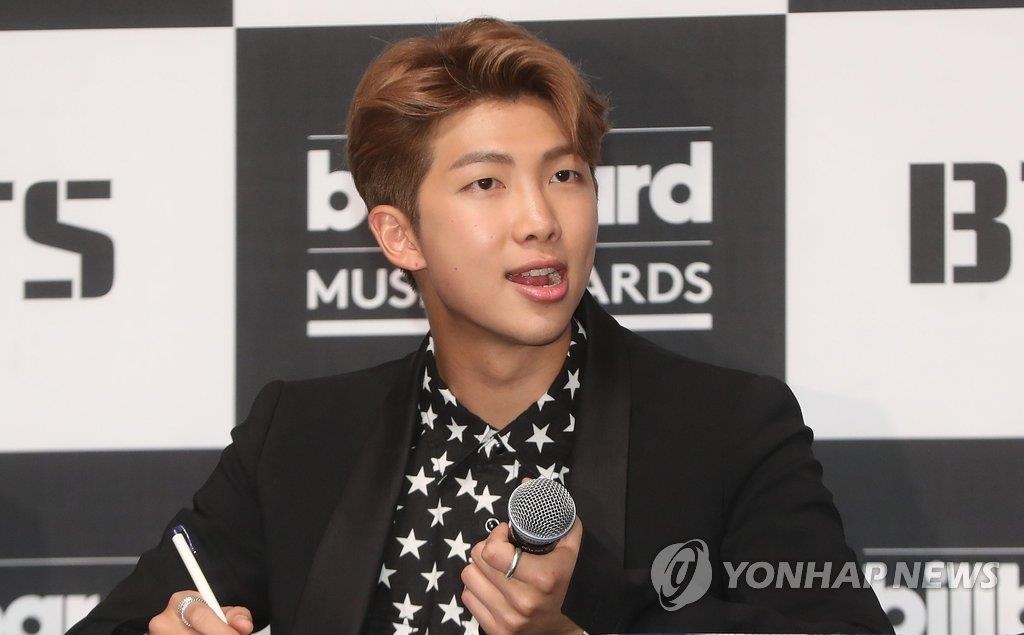