Seoul's unification ministry is mulling over ways to reflect opinions from the government, political parties and civilians in crafting the North Korea policy that can be consistently pursued whether a liberal or conservative administration is in office, according to officials.

Conservative governments have a tough stance toward North Korea, while liberal administrations seek dialogue and engagement with Pyongyang.

President Moon Jae-in has vowed to seek a dual-track approach of denuclearizing North Korea and seeking dialogue with the North. His critics and conservative blocs claimed that Moon is too soft toward the North.

"The government is reviewing ways (to reflect their opinions) for the policy that can remain intact beyond the ideological spectrum," a ministry official said.

The two Koreas technically remain at war, as the 1950-53 Korean War ended in a truce, not with a peace treaty.

Kim Nam-jung, the head of the ministry's unification policy office, unveiled an idea of such a body at a forum on North Korea held last Thursday. It was co-hosted by Yonhap News Agency and the Ministry of Unification.

"The administrations have been under criticism for unilaterally setting the North Korea policy," Kim said. "In that sense, the ministry is seeking to create the body to reflect on this."

The envisioned entity is likely to play a role of the Presidential Committee for Unification Preparation, which was established in July 2014 under the government of Moon's predecessor, Park Geun-hye.

The committee helped institutionalize cooperation between the government and private experts on preparations for reunification with North Korea and raise public awareness of the need to end the national division.

"The role of the committee was to broaden public consensus for unification," a ministry said, adding that a new body is likely to assume such a role.

The abolishment of the committee is expected to be approved at a Cabinet meeting as early as Tuesday. 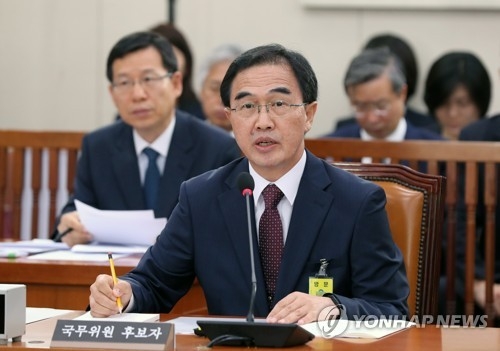