SEOUL, July 3 (Yonhap) -- South Korean women golfers have come up short of winning the season's second major tournament on the LPGA Tour although they dominated the leaderboard.

Five South Koreans finished inside the top 10 at the KPMG Womens PGA Championship, but none of them were able to lift the trophy at Olympia Fields Country Club in Olympia Fields, Illinois, on Sunday (local time).

Danielle Kang earned her maiden professional tour win with a score of 13-under 271. The Korean-American golfer birdied on the final hole to beat defending champion Brooke Henderson of Canada by one stroke.

Chella Choi, who began the final round as co-leader with Kang, posted the best result among South Koreans at 10-under. The 26-year-old, whose Korean first name is Woon-jeong, shot an even-par 71 in the final round and had to settle for third place.

Choi was followed by Lee Mi-hyang, Amy Yang and Kim Sei-young, who were all tied for fourth at nine-under. Three-time champion Park In-bee shared seventh place with Lexi Thompson of the United States at seven-under.

Ryu So-yeon, who became the world No. 1-ranked golfer after her triumph at Walmart NW Arkansas Championship last week, was tied for 14th as she finished the tournament at 4-under.

South Koreans have so far combined for eight wins on the LPGA Tour this year, with Ryu leading with two victories. 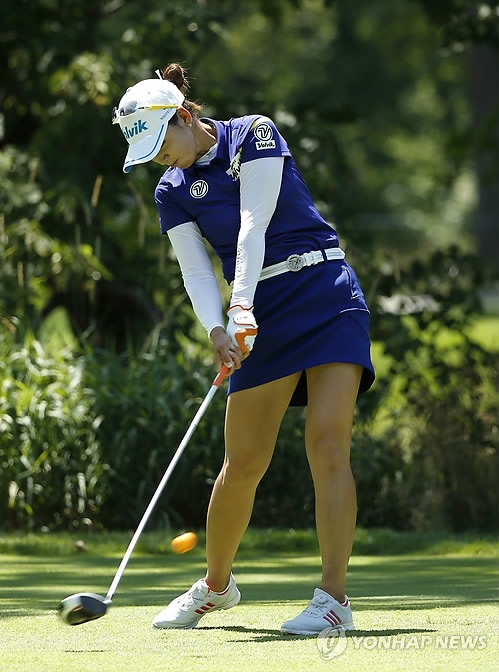