"Lineage M" has more than 7 million users since the game was launched in the Google Play Store and Apple's App Store on June 21.

The new "Lineage M" features a very high degree of visual resolution, yet brings back the classic "Lineage" game by featuring role-playing scenes.

Players can create a character by choosing from a variety of classes and titles, and can make a team with other players and slay monstrous opponents in various environments.

The company also said it has raked in 13 billion won (US$11.3 million) in sales Saturday, the highest daily record set by a local mobile gamemaker.

NCsoft said it will hold an event for its customers to celebrate its popularity. 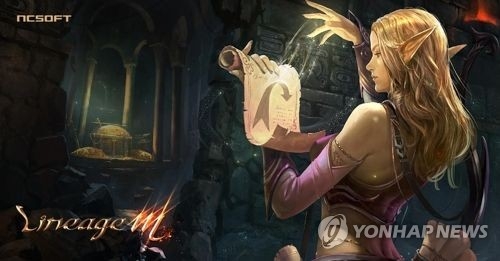