A service worker's average monthly wage rose to 1.67 million won (US$1,460) last year from 1.61 million won in 2009, according to data by the Bank of Korea and the Ministry of Employment and Labor.

During the seven-year period, the average monthly pay of a senior manager jumped 65 percent, while that of front-line workers edged up only 3.5 percent.

Total wages grew by 2.6 percent last year. Wages of senior managers rose by 4.6 percent in 2016, while those of ordinary employees edged up just 0.1 percent.

The latest data then showed that senior executives at big companies and public sector firms earned an average 13.1 million won per month, making them the highest-paid posts.

Hairdressers and service workers at hospitals were the lowest-paid jobs last year, with an average monthly wage standing at 1.26 million won, according to the findings. 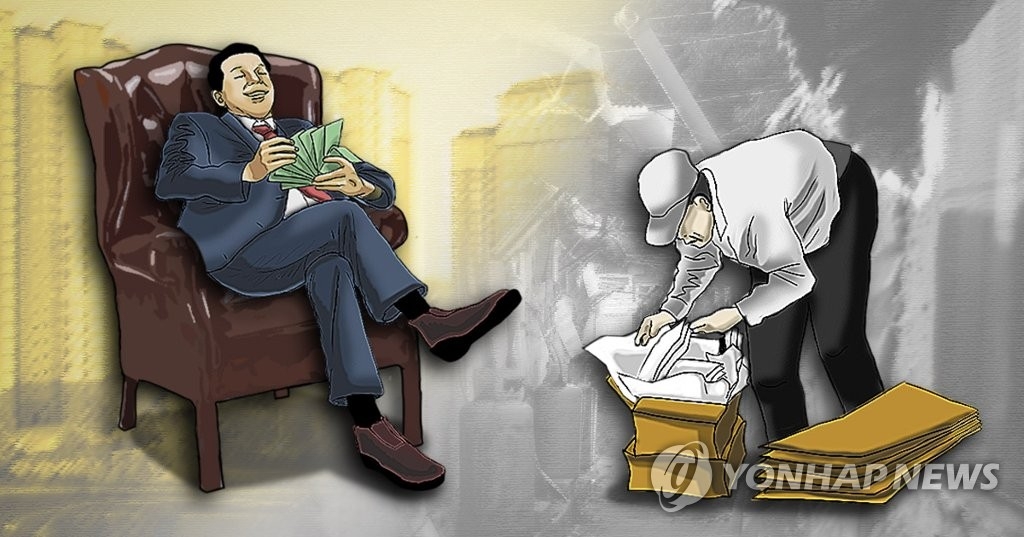