The brash-talking prosecutor-turned-politician filled the top post that has been left vacant since former leader Lee Jung-hyun bowed out in December after former President Park Geun-hye, a core party member, was impeached over a massive corruption scandal. 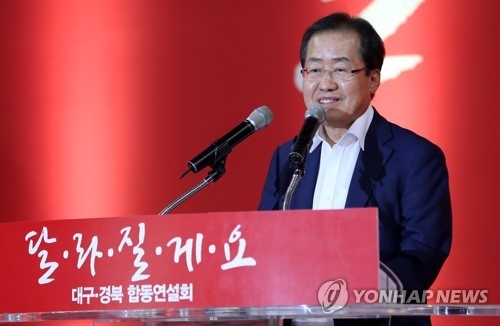 Hong, now, faces an array of daunting tasks, including regrouping the party to better keep the ruling liberal bloc in check and to prepare for next year's gubernatorial and mayoral elections seen as a public referendum on Moon's job performance.

Before entering politics in 1996, the former state prosecutor rose to prominence after rounding up crime organizations and a powerful gambling ring, which inspired a mega-hit TV drama.