The brash-talking prosecutor-turned-politician filled the top post that had been left vacant since his predecessor Lee Jung-hyun bowed out in December after the parliament impeached President Park Geun-hye over a massive corruption scandal. 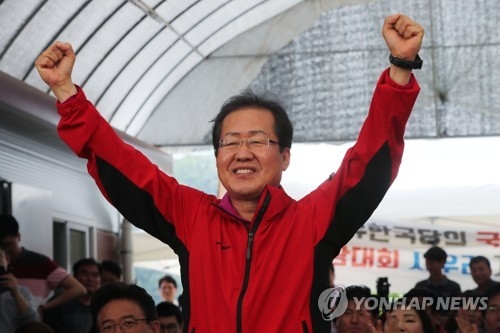