SEOUL, July 3 (Yonhap) -- South Korean carmaker Hyundai Motor Co. said Monday it took the top spot in J.D. Power's customer satisfaction survey in China this year despite declining sales in the wake of a diplomatic row between the two countries.

In 2017, Hyundai Motor took the No. 1 position back in China after losing it to Dongfeng Peugeot-Citroen Automobile Ltd., a joint venture between Dongfeng Motor Corp and PSA Peugeot Citroen, last year in J.D. Power's Sales Satisfaction Index (SSI), the company said in a statement.

"This year, Hyundai beat its rivals with a score of 665 as its localized ad upgraded models with a variety of features were well-accepted among Chinese customers," the statement said.

The maker of the Sonata midsize sedan and Santa Fe SUV said it will focus on luring customers with quality products and localized services to help revive sales in the neighboring market. 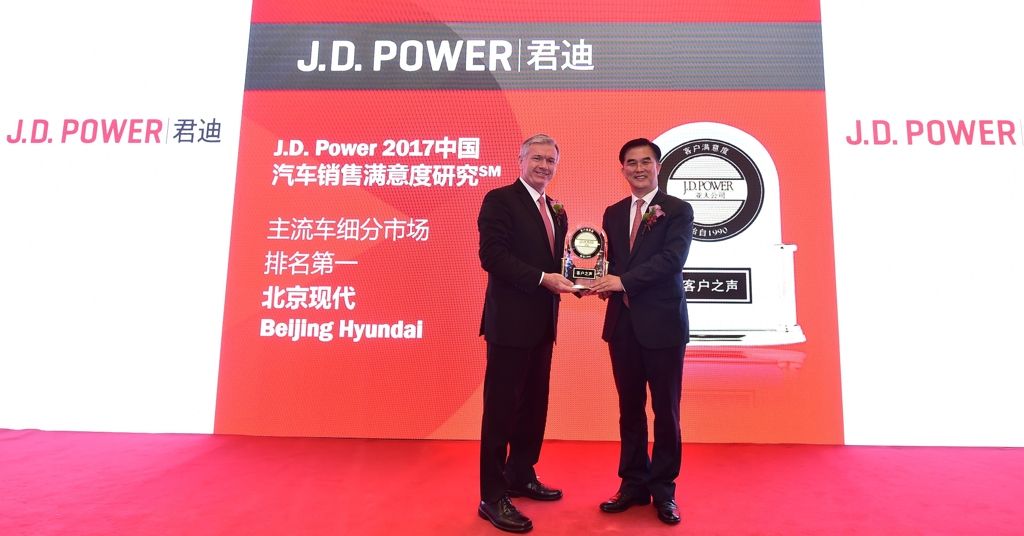 In the January-May period, Hyundai saw its sales plunge 37 percent to 266,228 vehicles in the world's biggest auto market from 425,561 units a year earlier.

Sales at its sister company Kia Motors Corp. also suffered a sharp decline affected by an escalated row between Seoul and Beijing over the deployment of an advanced U.S. anti-missile defense system in South Korea.

China has take measures against travel packages to South Korea and its products as part of its retaliation against the installation of the Terminal High Altitude Area Defense (THAAD) system.

Seoul and Washington have argued THAAD is purely aimed at countering missile threats from North Korea. But Beijing has opposed the system, arguing it could be used against it.